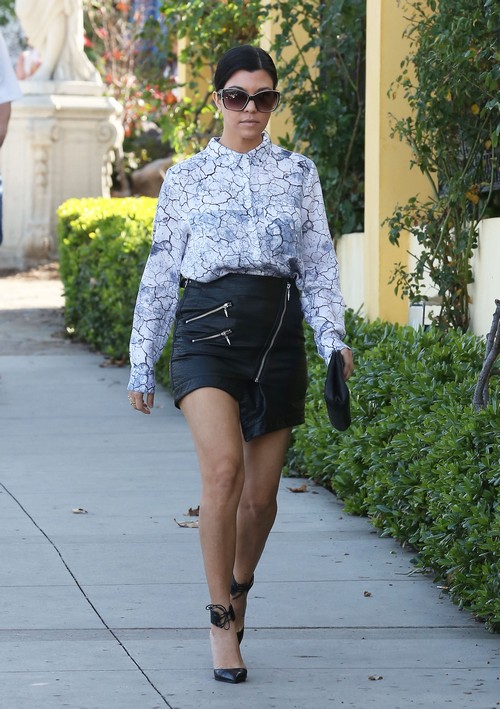 It’s funny how the tables have completely turned in the Kardashian family. Kris Jenner used to be absolutely everywhere, every single day and now she is hiding in embarrassment. Kim Kardashian used to be deemed the hot sister and now she’s just the lousy mother that lives under Kanye West’s thumb while Khloe Kardashian clearly looks better. They are all in turmoil, including oldest sister, Kourtney Kardashian. Her boyfriend, Scott Disick has been spiraling out of control for months after losing both parents and so Kourt has been living as a single mother to their two children. That means her typical workout program has gone out the window for months and her body is starting to look much softer.

According to the Feb. 24th print edition of Life & Style Magazine Kourtney saw her bikini pics from January and felt horrible about how she looks. She has decided to enlist Khloe’s help to whip herself back into shape. Khloe has lost 45 pounds in the last year and so Kourtney thinks that Khloe is the best person to inspire her to drop the 20 pounds that she has packed on. Truth be told even with the extra weight Kourt looks great but in the Kardashian family, vanity is everything.

Khloe agreed to work out with Kourtney because it has been a long time since they’ve spent serious time together. Their fun relationship was one of the things that made people watch their reality show in the first place. Maybe gym time will at least pull them back together. Do you think that Kourt really needs to drop any weight? Tell us your thoughts in the comments below!