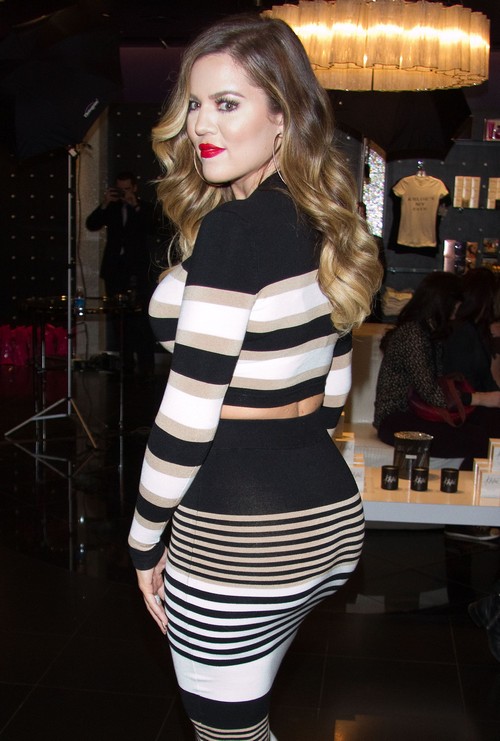 According to a new reports Khloe Kardashian is in talks to star on another season of ‘Kourtney & Khloe Take Miami’, which would feature, unsurprisingly, Kourtney [Kardashian] and Khloe ‘taking’ Miami.

The report claims that if the talks go through and the deal is signed, most of the season will focus on Khloe’s love life, and her quest for a new boyfriend following her split from Lamar Odom. A source even explains, “Khloe isn’t dating anyone serious right now. She’s actually thinking about going down to Miami to film another season of Kourtney and Khloe.”

Apparently, Kris Jenner is the one pushing Khloe to make this deal. Well, of course she is. If her children don’t hustle, how is she going to make any money? The source for Hollywood Life adds, “Kris told Khloe once everything is out of that house that she no longer wants, once it’s time for her to really be done with that place, Kris told her to ‘walk through that front door, slam it and never look back.”

Well, Kris should know. It took her, what, 2 hours to recover from her split with Bruce Jenner? It seemed like it was merely a week later that she had found herself a boytoy in Ben Flajnik, which obviously created a lot of publicity for her. Nothing would make Kris happier than to see her own daughter follow in her footsteps. If Kris has her way, none of her daughters would ever stay in long-term relationships. Or at least, not ones without their fair share of drama.