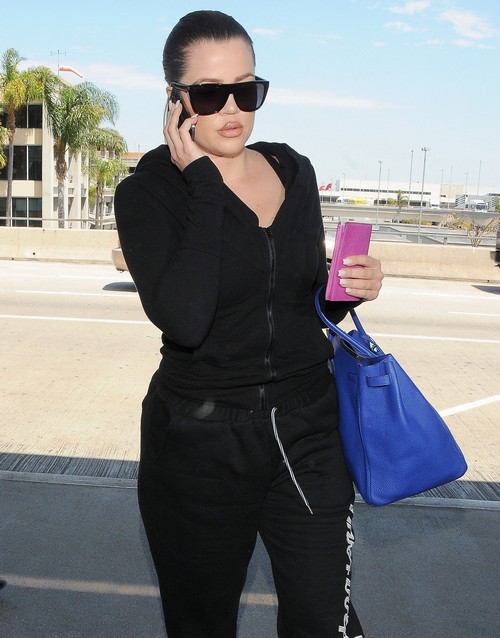 Is Khloe Kardashian pregnant with French Montana’s baby? Could we have three pregnant Kardashians at the same time? The media would implode, especially with the way pregnancy speculation has taken a hold of the Internet lately.

Kim Kardashian, we assume she’ll get pregnant soon – if not within the year, then by next year. Kanye West has been adamant about having a lot of children, and what is Kim going to say? No. Hah please, don’t make me laugh.

Then, we have Kourtney Kardashian, who actually IS pregnant. She may be having troubles with her baby daddy Scott Disick, but she’s popping out that third baby within the next few months. She’ll just have to hope and pray that Scott gets his shit together by then, and stops jumping off the no-drinking wagon every chance he gets.

And now, we have Khloe Kardashian, who is dating the beacon of our society French Montana. Apparently, she and French have been making little Kardashian-Montana babies, and Khloe is pregnant with her first child. If this is true, it would be a major coup for Khloe, who has reportedly had difficulties with conceiving in the past.

Plus, if Khloe is pregnant with French Montana’s baby, think about how mad Lamar Odom is gonna get. We already know that he’s not given up on Khloe, even stalking her and following her, begging her to take him back. And if she got pregnant with another dude’s baby? The guy’s gonna go on the warpath.

What do you guys think? Is Khloe actually pregnant? Is this just a false alarm? The whole thing started with a picture of her posing with her hand on her belly, but don’t forget that the Kardashians are all master media manipulators. Khloe would know that posing such a picture online would get her attention, and she may have done it solely for that reason.