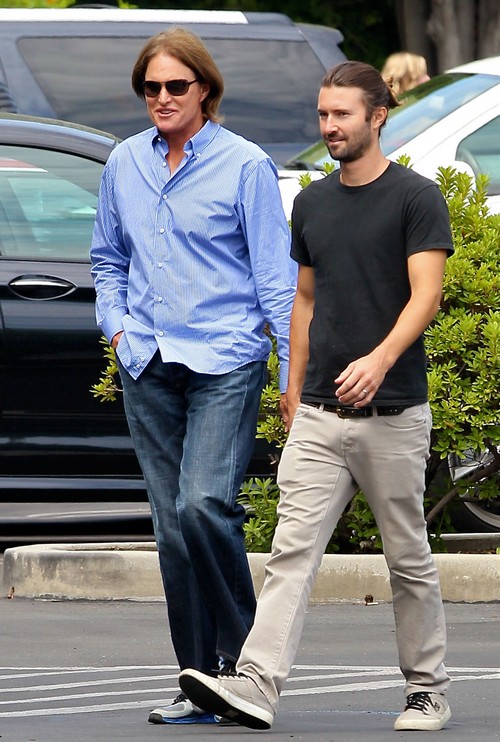 Ew, ew, ew, ew, ew. I know some people are totally supportive of this kind of thing, but the thought of Kim Kardashian and Brandon Jenner making out is disgusting. On the latest episode of Keeping Up With the Kardashians, Brody Jenner decided to drop a little bomb about Kim’s past with Brandon Jenner. In addition to being step-siblings, Kim and Brandon also had a little thing in the past. EW!!!!

The whole thing  started when Brody walked in on a ‘sexy’ photoshoot of Kim’s, and Kris Jenner decided to tease him about it. She joked, “I feel like Brody is crushing on Kim. I think you’ve had a crush since you were 7 years old.” Incidentally, that’s when Brody and Kim became step-siblings, after Kris married Bruce Jenner.

Brandon at least had the decency to look embarrassed, which the rest of the family seemed oblivious to. Brody continued with the humiliation, adding to Brandon, “It’s on you now! And he knows it’s true.”

Brandon ended up changing the subject fairly quickly after that, but the poor guy is never going to hear the end of this. Step-sibling romances are NOT an accepted part of the culture in this country, and in addition to being icky, there’s the added element of Kardashian-ness to the story. Seriously, nobody wants to hear about a stepbrother and stepsister making out, especially not when the people in question get enough fame-whorey attention as it is.

Anyway, what do you guys think about Kim and Brandon having a little romance in the past? Gross? Acceptable? Just teenage hormones? Is this why Brandon keeps avoiding Kim every chance he gets? Let us know your thoughts in the comments below.