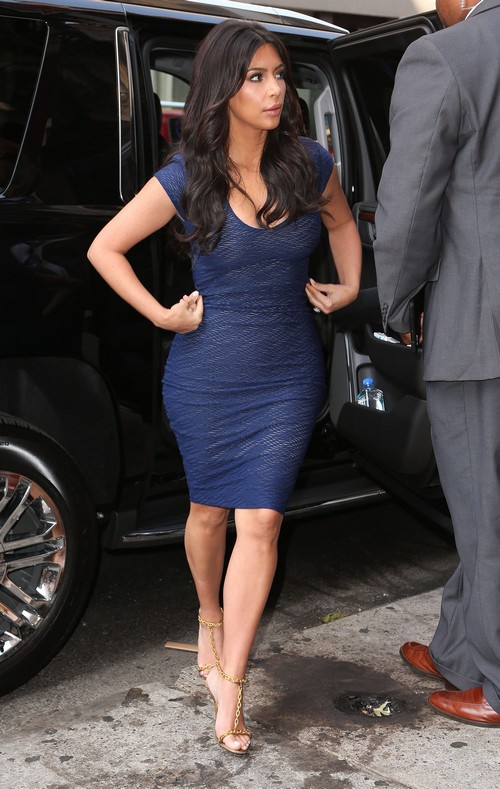 There was always an expiration date on Kanye West‘s marriage to Kim Kardashian, but I don’t think anyone quite thought it would be so soon. Kim and Kanye are reportedly selling their multi-million dollar home that they purchased in 2013, and they are now supposedly living with Kris Jenner in her Kardashian  estate. Or the alternative theory is that the bajillion renovations on the house were complete, but Kanye realized that there’s no way he wants to live with Kim by himself, where he’d be the one at her constant beck and call.

It’s quite sad, actually, since the renovations reportedly cost close to $11 million dollars. Man, Kanye really wants to get away from Kim, doesn’t he? I don’t blame the guy, and I don’t think he really knew what he was getting himself into when he married into the Kardashian family. See, staying at the Kardashian compound is different – Kim has her sisters and family to torture when she sees fit, and there’s a battalion of maids and housekeepers and nannies that can take care of all of Kim’s needs. But if Kim and Kanye were to move – sure, they’d have help, but at the same time, Kanye would be forced to be on hand for any ’emergencies’ when their help wasn’t around. And there would be nothing to distract Kim, which would probably lead to more fighting, more arguments, and a possible divorce.

Heck, I’m seeing a possible divorce now and they haven’t even moved out of Kris Jenner’s home. Kanye selling the house that they wanted to live in together is just the first sign. After all, how long can Kanye live in his mother-in-law’s home – especially when he has the money to buy his own home? It’s clear as day that this is a sign, and I wouldn’t be surprised if their marriage slowly (or rapidly) deteriorated from here.

Kanye West has Chinese food delivered to his house in Hollywood, California on June 22, 2014. Kanye doubled checked the bag to make sure the restaurant got his order right since he firmly believes the world is out to get him.