Kim Kardashian Fighting With Kanye West Over Hair Color, Changed It Back To Brunette To Spite Him 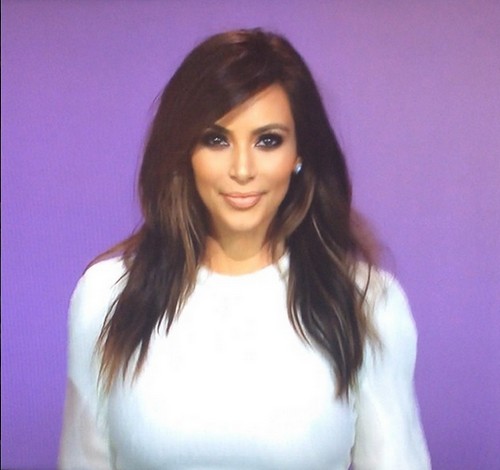 Are Kim Kardashian and Kanye West fighting a war over Kim’s hair color? According to the latest report from Life & Style Magazine, that’s exactly what’s happening. Apparently, Kim is ‘defying’ Kanye by dying her hair back to her darker and more natural hair color, despite keeping it blonde a few months to please Kanye.

Apparently, the change in Kim’s hair color is to show Kanye that she’s ‘done letting him rule her life’. As if Kim would ever take the chance of standing up to Kanye and risk him dumping her.

A purported source tells Life & Style, “This was a way for her to regain some power. Kanye loved her hair blond, so the fact that she dyed it without consulting him is a brave move. She has always been crazy about getting Kanye’s approval, but this is her way of standing up to him.”

Huh, and here I was, thinking the hair color was to get Anna Wintour‘s approval to land on the cover of Vogue Magazine. But since that’s never going to happen, maybe Kim decided to give up and try to go au naturel, especially since she’s been losing so much of her hair over the past few years. You only have to look at a closeup of Kim’s hair before realizing that she’s lost almost all her hair, either due to post-partum hair loss or those ridiculous extensions.

For now, she’s able to cover it up, but stylists and hair experts probably told her to ease up on the dye to give her hair a break. It’s a lot easier to maintain your natural hair than to keep bleaching it blonde ever few weeks. Plus, Kim looked ridiculous in blonde hair, no matter how much Kanye supposedly ‘loved’ it.