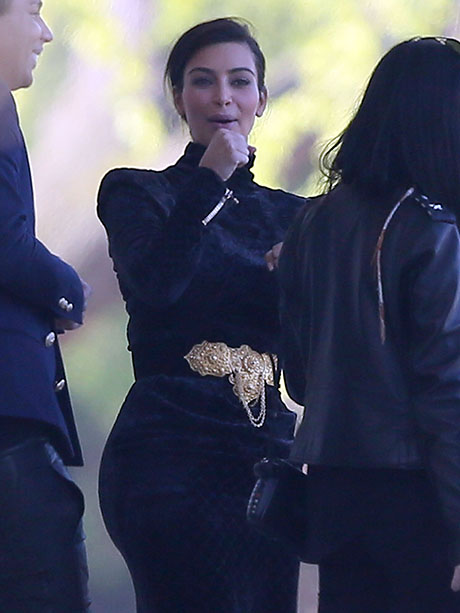 Kim Kardashian and Kanye West were rejected their desired venue in France – but that doesn’t mean they’ve given up on their dream wedding altogether. Of course not! Because when you have Kanye West on your team, well, the word no is not an option. The couple has set their sights on a new French location: the 17th-century, Louis XIV-commissioned Chateau de Louveciennes.

According to X-17, “Kanye was taking the lead, asking all the questions and visualizing the big day and how everything might work. “Kim offered a little input, but not much. It was all about how Kanye thought things should go and how he wants the wedding to look.”

Apparently, the couple toured through the gardens, grounds, and buildings on site with the help of a tour guide. The entire process lasted a couple of hours and the two were reportedly blown away with the property’s overwhelming class and elegance. “Kim and Kanye will now be scouting private estates and chateau’s in the region. Working with an estate manager would be much easier than dealing with all of the red tape of having a wedding at a public venue,” according to Radar.

What do you make of Kim and Kanye’s French wedding, which will, of course, be filmed by an E! camera crew for an epic episode of Keeping up with the Kardashians?

The couple’s seeking out something that’s both grand and private, so only time will tell if the Chateau de Louveciennes can provide the necessary backdrop for their fairy tale wedding. Check out the photo gallery below.

Image Credits to FameFlynet / CAPTION: “Kim Kardashian visits a castle in Louveciennes, “Louis XIV” in Paris, France on April 14, 2014. Could this be the possible wedding venue for her highly anticipated wedding with Kanye West?”