Kim Kardashian Produces New Reality TV Show As ‘Keeping Up With The Kardashians’ Goes Down in Flames! 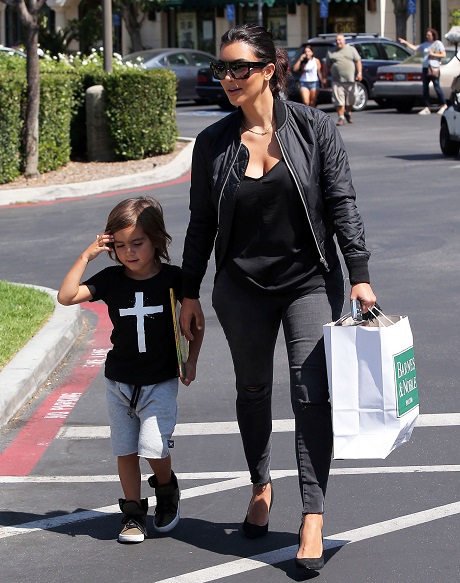 As the income from Keeping Up With the Kardashians starts to dry up, I suppose Kim Kardashian has to find another new income source eventually. She can’t exactly go make another sex tape, as much as she may want to. She’s a ‘respectable’ mother and wife now, and more importantly, Kanye West would leave her in about two seconds flat.

Thus, enter Kim’s new career plan: reality show producer! Kim’s goal to become the next Ryan Seacrest will reportedly get underway this year. According to In Touch Weekly, Kim is teaming up with a ‘friend’ [i.e. someone Kris Jenner coerced into helping them] on a reality show idea called Young Bosses, which will reportedly feature young entrepreneurs competing to become – what else – the ‘boss’.

In Touch’s source explains, “Kim has decided that it’s time to begin a new career without being under the thumb of her mother. Kris built a reality TV empire, and now Kim is planning to do the same — without her mother.”

Yeah, good luck with that. The same empire that Kris ‘built’ is now turning to ashes right in front of them, as the people get sick and tired of the Kardashians and their famewhoring games. If anything, a reality show associated with the Kardashian name might do worse than it would have otherwise.

Kim can try and try to make a legitimate name for herself in the world of reality TV, but nobody’s going to forget the fact that she got her lowly starts thanks to a sex tape. If she wants cash, she might as well resort to appearing on Dancing with the Stars or some other competition show, since Young Bosses seems like the most over-done and un-original idea to come out of that industry – and that’s saying a lot, since most of the shows we get are a carbon copy of each other.