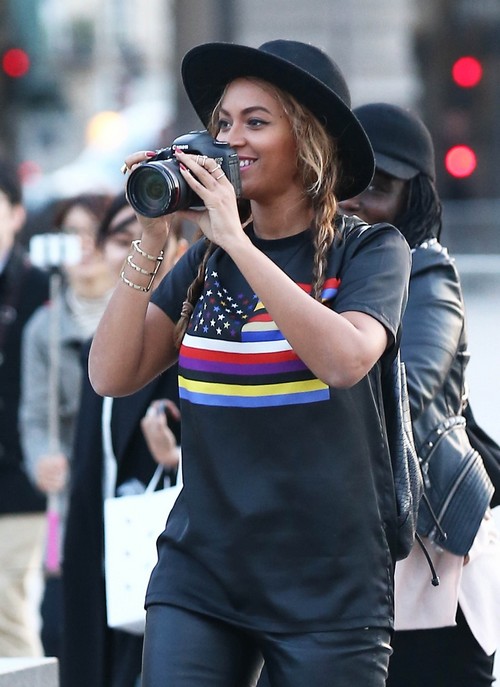 For the past few months, Kim Kardashian has been waging a very quiet war on Beyonce. Kim first leaked news of Beyonce’s divorce on a major national interview, and then she started sliding social media hints regarding Beyonce’s unhappy marriage to Jay-Z. Kim has basically been doing everything in her power to sabotage Beyonce’s public image, even as Beyonce herself was trying to deal with the divorce rumors concerning her marriage.

Of course, Beyonce and Jay-Z WERE planning on getting a divorce, but that’s a different story. The main thing to focus on here is that Kim Kardashian knew that Beyonce and Jay-Z were trying to hide the truth, and she went ahead and made it the #1 story in the media. And trust me, Kim didn’t just do it for attention’s sake. She did it because despite what everyone believes, she’s actually quite a cunning media player when she wants to be. And right now, Kim Kardashian wants nothing more than to get revenge on Beyonce for publicly humiliating her for all those years.

A new report from Heat Magazine says as much, adding that a ‘shamed Kim vows revenge on Beyonce’. All those times that Beyonce ignored Kim in public or decided not to pay her any attention? The time that Beyonce very publicly bailed on Kim Kardashian’s high-profile wedding to Kanye West? Well, Kim’s getting her revenge now, isn’t she? She’s laid low for a while, probably because Beyonce’s threatened hell and high water if she went further. However, I wouldn’t expect Kim to give up on her revenge quite so quickly – she can hold a grudge, that one.

What do you guys think of Kim Kardashian’s never-ending feud with Beyonce? Will the feud succeed? Will it fail? Will Kim get stomped on like a bug getting squashed by Godzilla? Let us know your thoughts in the comments below.

Jay-Z and Beyonce Knowles take their daughter Blue Ivy to the world famous Louvre Museum in Paris, France on October 7, 2014. Beyonce snapped pics of her husband and daughter while the happy family enjoyed a day of sight-seeing! Image Credit: FameFlynet