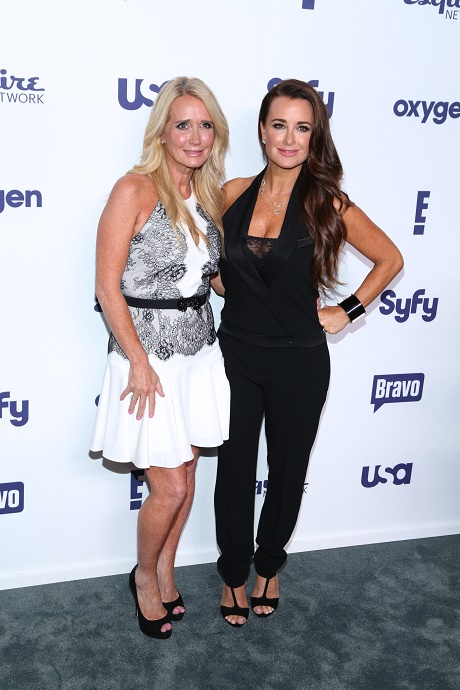 The Bravo show, which stars Kim and her sister Kyle Richards, has shown the depth of Kim’s drinking season after season. Cameras followed the sisters again, but this time it was to Palm Desert to document the two as they work to repair their relationship, Radar Online reports. There were concerns that Kim had fallen off the wagon after a display of questionable behavior while in Amsterdam.

Kyle was reportedly concerned that Kim suffered a setback in her sobriety, but was hoping she’d learn otherwise after spending some one-on-one time with her. Producers are salivating over the dramatic storyline and couldn’t be more pleased. While the producers may be happy, Kyle is left to deal with the disappointment of learning that her sister may be worse off than she thought.

Kyle believes Kim is in desperate need of help before it is too late. Kim, 47, has admitted to alcoholism and the vicious cycle of guilt, shame, and drinking that had become her life. While she has shared details about a few trips to rehab, she had told Andy Cohen during an interview in July that she has relapsed more than once but continues to try.

Kim was quite sure at the time that her last stint in rehab did the trick. She was confident she was on the right path. After the cast trip to Amsterdam, however, her cast and family seem to fear her path took a dark turn.

CDLers…do you think Kim has once again fallen off the wagon? Will Kyle be able to help her? Weigh in below.