Kourtney Kardashian, Scott Disick Break Up Rumors: Quitting Keeping Up With The Kardashians – Wants To Raise Kids In Peace! (PHOTOS) 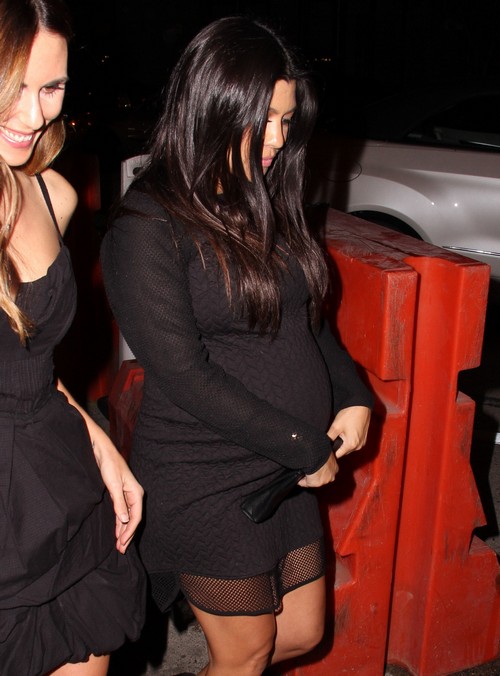 Is Kourtney Kardashian quitting her family’s popular reality TV series, Keeping Up With The Kardashians? According to recent rumors and reports – yes. The E! reality TV star is fed up with the circus that is her family, and even more fed up with the constant filming of her personal life. In fact Kourtney feels that a potential break up with Scott Disick is more likely is she stays on KUWTK. Kourtney Kardashian has reportedly announced she and her kids are done with the show, and is refusing to film any more scenes for the upcoming season.

According to the November 10th edition of OK! Magazine, “Kourtney was on set with her children [we’re assuming by “on set” they mean in her living-room] and the crew kept insisting on reshoots. The kids were fussing and Kourtney was completely stressed. She must have reached her boiling point because she shouted ‘That’s it – I quit,’ and then stormed off. With baby number three on the way – Kourt just wants to be with her family, away from the cameras. Scott requires a lot of attention and when she’s busy he gets wild.”

No one is arguing that the Kardashian Family is a circus – and Kourtney is very pregnant right now, she’s allotted a few breakdowns and blow-ups. The magazine’s source most likely isn’t lying, would you want to be extremely pregnant and dealing with two toddlers while a cameraman follows you around? But, will Kourtney really quit the show? Most likely not. She has two children to support and a third on the way, she can’t afford to give up the reality show’s steady income. Especially since her baby-daddy Scott Disick is not contributing, and the little bit of money he does make doing club appearances, he spends at the bar when his appearance is over. Of all the members of the Kardashian family, Kourtney is the only one who actually needs the money from Keeping Up With The Kardashians.

So, do you think Kourtney will actually quit the show? Will she break up with Scott Disick? Or is this just another sensationalized tabloid story? If one of the Kardashians were to actually quit KUWTK – who do you think would walk first? Let us know in the comment section below!