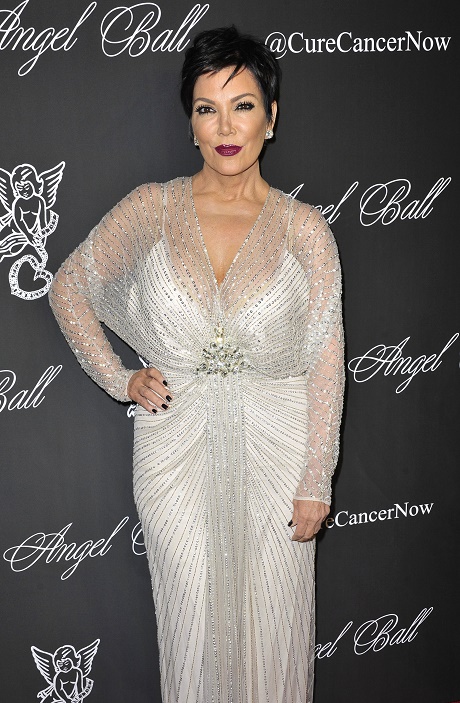 Kris Jenner is dating Corey Gamble, and it may make double dates with Justin Bieber and daughter Kendall Jenner that much easier. Kris was spied over the weekend attending daughter Kim Kardashian’s 34th birthday party at Tao in Las Vegas with a new piece of arm candy. Corey Gamble, a road manager working for Scooter Braun, was also spotted sharing a cozy dinner for two with Jenner at Casa Vega recently.

Kris, possibly mistakenly thinking it was HER 34th birthday, brought Gamble, 34, to Vegas with her family and friends to help celebrate Kim’s birthday and the new couple was not shy about being affectionate with one another. Gamble actually opened up to SandraRose.com and spilled that he and Kris have been dating since August but he was quite surprised that someone snapped a picture of them at their cozy Casa Vega dinner based on the position of their table, even questioning whether or not Kris set up the photo op.

Gamble shared that he met Kris at Richard Tisci’s birthday and realized they lived closely to one another. He admitted he loves his cougars and has a reputation for dating older women, though he’s never dated anyone as old as Kris. Basically, as the complete opposite of Bruce Jenner in every possible way, Gamble shared that he is concerned because it seems Kris may still hold a torch for her ex and is proceeding with caution as a result.

In addition to being well-educated, he obviously has some common sense as well, sharing during the interview, “I would like to see this relationship take its course on a deeper level. I do like her a lot but I also see that, like stated earlier, she has feelings for Bruce, so that worries me. I also want to make sure I’m not just a ploy for ratings because you never know.”

Well, at least he seems to know what he is getting into. We’ll see how long it takes for him to run for the hills. What do you think if this blossoming romance, CDLers? Can’t WAIT to hear what you think about this!