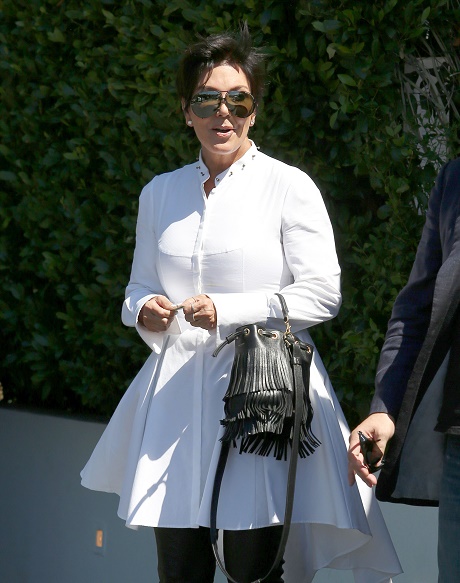 Kris Jenner and her family were targets of several death threats earlier this year, and the threats were serious enough that an FBI investigation was launched into the matter. In fact, the FBI raided a Four Seasons hotel this morning to capture the woman who they believed had been making the death threats.

The FBI reportedly had an executive search warrant for this person’s hotel room, and they seized all manner of personal items, including a cell phone, laptop, iPad touch, and iPod. However, the woman was not arrested, even though she was suspected of making hundreds of phone calls to the Kardashians on a daily basis and leaving them death threats. She’s also the alleged suspect who’s been trying to extort money out of Kris in exchange for not leaking her sex tape, even though there was never proof that she had evidence of any such sex tape.

This suspect – who remains unnamed – spoke to Radar Online and was vehement about her innocence. She claims that she had let a friend use her computer over the past eight months, coincidentally right at the time the threats and hacking began. She claims that she didn’t know that her friend was making all these death threats against the Jenners, telling Radar, “The FBI told me they’d been tracking me and had been building a case. They asked who certain people’s cars were and about people they’d seen me with. I told them it was someone I let use my computer and laptop a lot over the course of eight months.”

Well, I hope she’s learned her lesson now, IF she’s telling the truth. However, it should be fairly easy for the FBI to prove if her ‘friend’ really was sending the death threats, and not her.