Kristen Stewart And Alicia Cargile Dating Or Not – Spending All Their Time Together, Inside Sources Hint At Growing Relationship 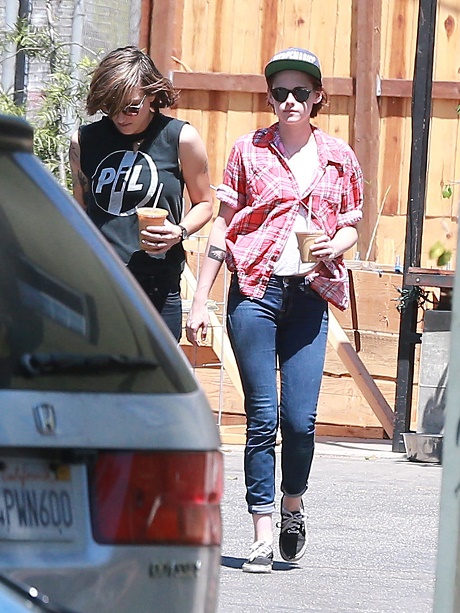 Kristen Stewart and Alicia Cargile have been spending all their free time together, and we’re not exaggerating when we say that. In spite of the lesbian rumors that continue to circle Kristen, she’s proving her no-BS attitude by continuing to spend time with Alicia, her rumored girlfriend.

In fact, X17 Online has captured yet another picture set of Kristen and Alicia hanging out in Malibu on Monday. Even though the outlet seems to be speculating, they’ve already begun referring to Alicia as Kristen’s girlfriend, based on their own sources and several other reports. Apparently, Kristen and Alicia have been getting ‘hot and heavy‘ in full view of eyewitnesses, which in the tabloid world, means they held hands and probably hugged or something.

So what does that mean for Kristen’s relationship with Nicholas Hoult? Does Kristen even HAVE a relationship with Nicholas Hoult? Many people assumed that after Nicholas broke up with Jennifer Lawrence, it was only a matter of time before Kristen and Nick ended up dating. But alas, Nick seems to have dropped off the radar following the celebrity nude scandal, and one can’t blame him for that. After all, his ex-girlfriend’s nude pictures were at the center of that scandal, and he might be avoiding bringing any more attention to himself in the meantime.

Of course, this is one of the few times that Kristen hasn’t been involved in a scandal that’s rocking young Hollywood. She may have done drugs and she may have cheated on her boyfriend and gotten photographed doing so, but if she has nude photos, she was smart enough to hide them.

In the end, the nature of Kristen’s relationship with Alicia is bound to come out eventually. The question is – do you guys buy that she and Alicia are dating? Or are they just BFFs who just spend a lot of time together? Let us know your thoughts in the comments below.