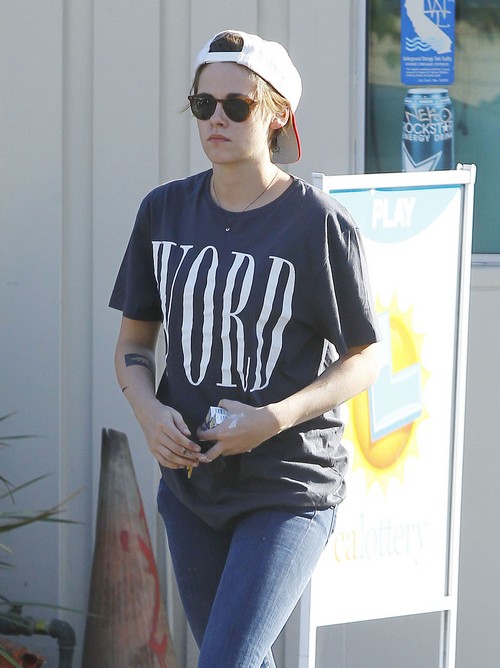 Kristen Stewart has given up! KStew has cut ties with Robert Pattinson over his romance with FKA Twigs and she never wants to see him again unless she’s dating him! So you know how all these months, the only thing sustaining Twi-hards’ dreams and hopes was the fact that Robert Pattinson was apparently still in touch with Kristen Stewart? And no, that’s not speculation, Rob actually admitted that he was still in touch with Kristen during a Hollywood Reporter interview last year. And for what it’s worth, he added that he had forgiven Kristen for her, ahem, transgressions against him.

In other words, Robert Pattinson was over the fact that Kristen Stewart cheated on him with her married director and humiliated him in front of the whole world. Obviously, that little admission led to a little meltdown among Robsten fans on the Interwebs, where everybody just started assuming that it was only a matter of time before Rob and Kristen got back together.

But alas, it was just not meant to be. Sorry, Twi-hards. Rob soon began dating FKA Twigs, and Kristen is taking a sabbatical from acting to become an artist or something. But we’re also hearing that Rob has completely cut off contact with Kristen, and he’s no longer in touch with her. Whether this was at FKA Twigs’ insistence or his own decision, we can’t say. What we can say is that this is probably the last thing he needed to do before he could fully move on, and it makes sense – after all, he finally has a serious girlfriend, after two years of flings and meaningless rebounds.

Rob and FKA Twigs seem like they’re very serious, and in addition to the PDA and the touchy-feely behavior, sources say that Rob is head over heels for her. Heck, maybe this is why Kristen Stewart is taking a sabbatical from acting. She knows that she’s lost Rob for good, and she’s taking out her feelings by… painting. Fine, fine, it was just a thought.

Kristen Stewart with paint on her hands – the new artiste! FameFlynet