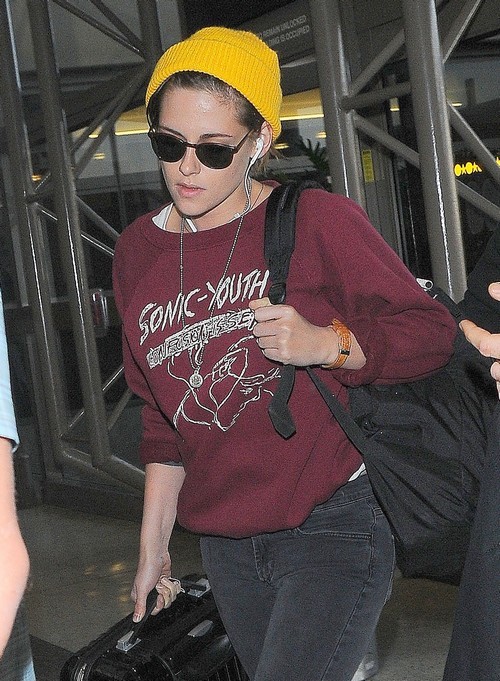 Now, we obviously can’t guarantee any of this, since Kristen, Jennifer, and Nicholas Hoult are all fairly private about their personal lives and don’t really publicize anything. Here’s what we do know: Jennifer Lawrence and Nicholas Hoult broke up, Nick started getting closer to Kristen Stewart, and then there were rumors about Nicholas Hoult and Kristen Stewart dating. Nick was spotted sneaking into a screening of Kristen’s new movie, and sources close to the pair said they got very close while filming Equals. They went on group dates, single dates, zip-lining dates, movie dates, sushi dates, and were often photographed together [without accompanying crew members]. If you ask us, either they became very, VERY good friends – or they were in at least a casual relationship.

Now, a new report from Life & Style Magazine claims that Kristen Stewart and Nicholas Hoult have ‘broken up’, but our personal sources are saying that they were never in a relationship. They may have hooked up and they may have had a very casual friends with benefits situation going, but before anything could get serious, Nick reportedly realized that he still had feelings for Jennifer. Well, duh – they dated for almost four years, even though their relationship was interrupted a few times with breakups and makeups.

Anyway, now that Jennifer Lawrence has almost extracted herself from the Chris Martin – Gwyneth Paltrow mess, it’s only a matter of time before she and Nick get back together, especially as they’re scheduled to shoot the next X-Men movie next Spring. Sorry, Kristen. Better luck next time…