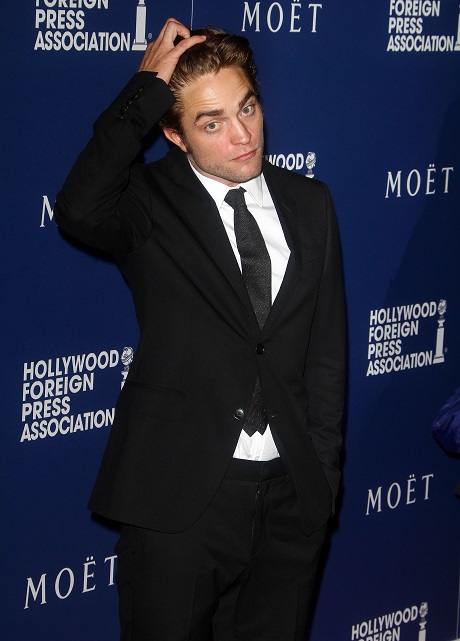 Robert Pattinson and Kristen Stewart dating? The Twilight couple haven’t seen each other in a long time, if sources close to the former couple are telling the truth. However, we do know that Rob and Kristen still keep in touch, and that Rob still talks to his ex-girlfriend. That being said, it’s become abundantly clear over the past few months that Rob has moved on – maybe not with his feelings, but he’s done pining after Kristen.

Reports of his random hookups and flings have reached the media, and it doesn’t even seem like he’s hiding it anymore. Kristen may still be obsessed with dating and getting her ex-boyfriend back, but he sure as hell doesn’t care. Or does he…?

Certain sources claiming to be close to the couple state that Rob’s recent partying and hookups are all just an act. Apparently, he and Kristen have still been hanging out undercover, but to draw attention away from their relationship, Rob’s been going out and hooking up with a bunch of models. I know, what a hard life, right?

But his heart is apparently still with Kristen, which is one of the reasons he still hasn’t had a rebound girlfriend since the breakup. And, obviously, Kristen’s been single since then as well, despite the lesbian rumors that refuse to die down.

Anyway, the same sources claim that Rob and Kristen are planning to meet up at the Venice film festival to avoid attention. They can hardly hang out at TIFF, since they are both premiering movies there, don’t want to draw attention from those movies, and know the media and paparazzi will be focused on a possible Twilight reunion. But since they don’t have movies playing at The Venice Film Festival and they’ll have the freedom to spend time in relative privacy, why not?

What do you guys think? Will Rob and Kristen have a little reunion at Venice, or are the sources just giving into wishful thinking as Robsten fans? Let us know your thoughts in the comments below.