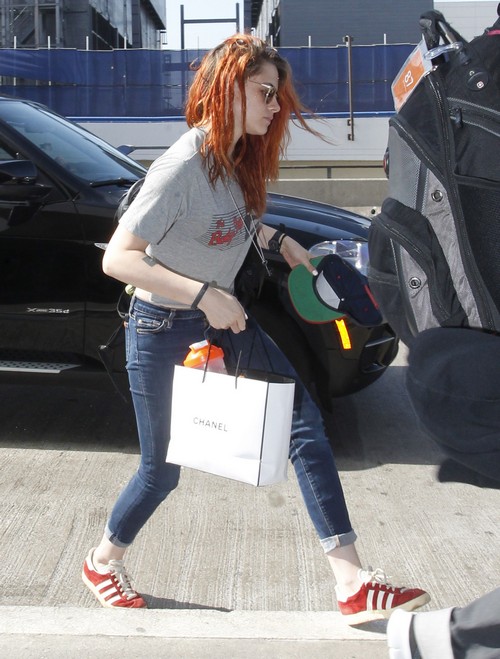 Kristen Stewart seems incapable of staying controversy-free while promoting her films, and she’s once again at the center of a media storm concerning her remarks over her new movie, Clouds of Sils Maria. She calls out the media in a new interview concerning her role in the film, where she plays a personal assistant to a major Hollywood actress caught up in a personal scandal.

She tells the Wall Street Journal, “The reason this movie was made was not to make a statement about how superficial media can be, but it was a lot of fun for me to be the one to say it. Obviously, I’ve had more experience with the media, so it makes it funnier.”

Right, and I guess we should leave out the part where her ‘experience’ with the media was all thanks to attention from her cheating scandal? Even though she’s stopped complaining about the media as much as she used to, Kristen still shows that she hasn’t really learned how the business works. The media only exists because the fans demand constant updates on their favorite celebrities, and if she’s going to blame anyone, she should blame herself for getting into the industry in the first place. When you become an actor, you’re basically signing away your privacy at the expense of being successful, and that’s just the way it works – for everyone.

And when actors call the media superficial, it’s doubly hypocritical when you think about their jobs. These are people paid to dress nice and play make-believe for a living, and yet they always seem to find numerous things to complain about. We get it, Kristen. Twilight sucked, and you hated your experience on it. But you know what? The media’s not going to tire of you right now, and that’s not because of Twilight, it’s because you slept with your married director and got photographed doing it.

Kristen Stewart departing on a flight at LAX airport in Los Angeles, California with her bodyguard on May 27, 2014. In her new film “The Clouds of Sils Maria.”