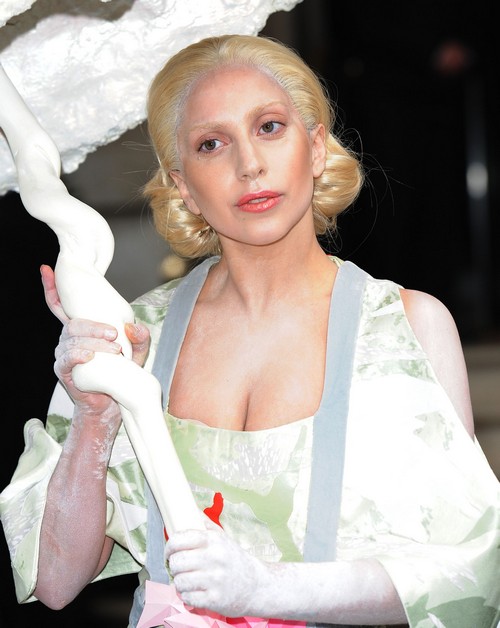 According to a new report from OK! Magazine, Lady Gaga and boyfriend Taylor Kinney are planning to get married after Gaga’s pregnancy scare last month.

A source tells OK!, “Taylor’s been asking her to marry him for the better part of a year, but she never takes him seriously.” However, Gaga’s baby scare apparently gave her new perspective, and now she’s willing to take the leap of faith. The source adds, “Being presented with the possibility of becoming parents pretty much locked down Gaga for marriage.”

A lot of times, pregnancy scares do end up kicking couples into high gear, especially ones who’ve been wishy-washy about their commitment to each other. It’s at the point where you figure out whether you’re willing to stay with your partner for life and take care of a child together, or if you’re just not ready for that kind of commitment yet. In this case, if this report is accurate, it looks like Gaga and Taylor realized that they were ready to take the leap.

Also, Lady Gaga and Taylor Kinney have been dating a very long time – long enough that marriage wouldn’t come as a huge shock to anyone, least of all Gaga’s fans, friends, or family. That being said, I can’t wait to see pictures from her wedding. Who wants to bet that it will be the most over-the-top and crazy celebrity wedding that happens this decade?

What do you guys think? Do you think Taylor and Gaga are ready to get married? More importantly, do you think Taylor actually calls Lady Gaga by her real name, Stefani, or does he just call her Gaga? Let us know your thoughts in the comments.