LeAnn Rimes And Eddie Cibrian Divorce On The Horizon – Relationship Over Once TV Show Tanks! 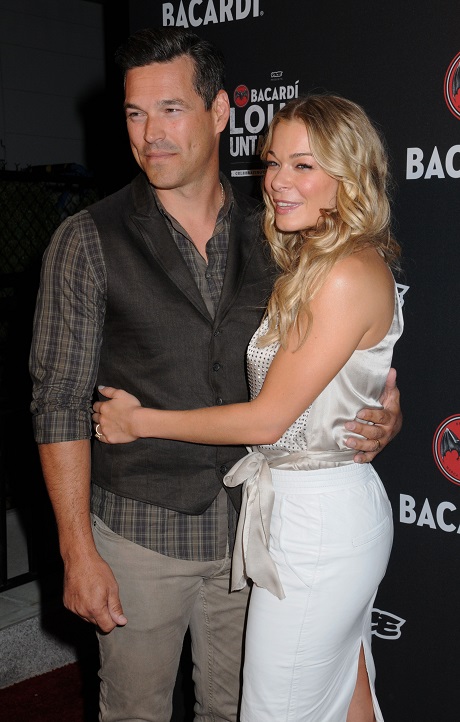 LeAnn Rimes and Eddie Cibrian continue to remain delusional about their status on television. A new interview suggests that LeAnn and Eddie believe that their new reality show is bound to squash all the tabloid rumors. When they answered questions at the TCA [Television Critics Association] Summer Press Tour, Eddie and LeAnn touched upon why they want to increase their publicity.

Um, that’s like asking most people why they want water – because they wouldn’t be able to survive without it. In the same way, did these critics seriously ask resident famewhores Eddie Cibrian and LeAnn Rimes why they wanted to INCREASE their publicity? To be fair, this is probably the first time these critics are being introduced to Eddie and LeAnn, although I’m sure they’re already regretting it.

Anyway, Eddie’s explanation was: “We wanted to do a show and I think that this format, this genre, unscripted, gave us an opportunity to do something fun, work together, and at the same time what’s really real about the show is our relationship. You’ll see how we interact with one another juxtaposed to everything else that the public reads or is fed by the tabloids and what we think they are as a couple.”

Uh-huh. Sure. I won’t regale you with LeAnn’s answer, since it’s even stupider than Eddie’s. Basically, she says that she and Eddie take everything really lightly, and calls themselves ‘smart-asses‘. Wow, talk about ego, ignorance, and complete lack of self-awareness.

Anyway, they claim that the show has nothing to do with retaliating against Brandi Glanville, but don’t count out snide remarks thrown out every other episode. Also, LeAnn and Eddie like to pretend as though they’re unhappy with all this tabloid exposure, when the truth is exactly the opposite. Trust me, they’re ecstatic about their constant place in the weekly tabs, and if it was up to them, they would stay there forever. Their reality show is not a method to correct the tabloids, it’s to ensure that they STAY in the tabloids.

Plus, once their reality show tanks, we’ll see how great LeAnn’s relationship with Eddie is then. I’m guessing that they’ll get a divorce once they stop monetizing on their relationship, which will hopefully be soon for all our sake.