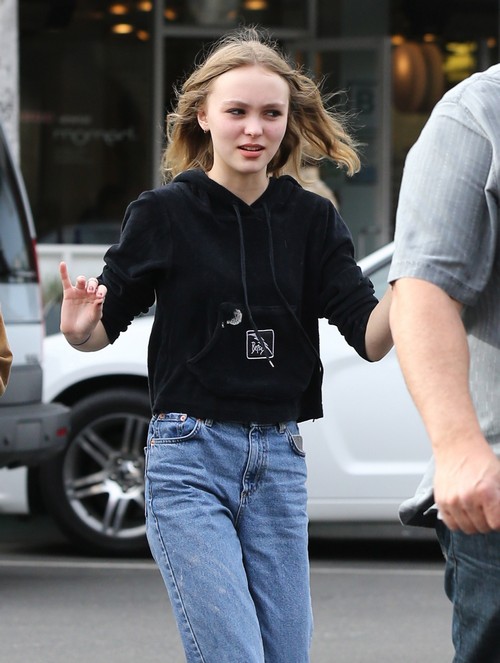 Lily-Rose Depp, daughter of acclaimed actor Johnny Depp is in danger. Granted the daughter of Hollywood royalty is not in any physical danger, surrounded by ex-Mossad bodyguards, and with more material things than us normal folks will ever see. It is pretty safe to say that the oh so important bottom portion Maslow’s hierarchy of needs is of no concern to Lily-Rose.

The physiological, safety, and social needs of Depp’s daughter are met in abundance thanks in large part to the vast fortune and worldwide fame her father has amassed. So no, the kind of danger that faces Lily-Rose is not literal, it’s that proverbial fork in the road type of danger that will ultimately decide what kind of person Depp’s impressionable progeny becomes.

The top portion of Lily-Rose’s Maslow hierarchy may not be as easy to obtain since esteem and self Actualization can’t be purchased from Amazon.com. Esteem and Self Actualization are lofty goals for most humans, and if one is lucky enough to reach these goals, I’d bet my 401k they didn’t do it alone. Guidance and strong support systems are the key ingredients needed to make a good human and therein lies the problem. Lily-Rose doesn’t have that right now.

The child is on her own during her formative years and the results may be disastrous. Shall I provide a prime example? Lindsey Lohan’s parents are like the hyenas of Hollywood. They are bottom feeders who lurk around trying to devour whatever scraps of fame, notoriety, or money they can much to the detriment of their daughter. Parenting became a spectator sport and they allowed their daughter to spin out of control, as long as she kept them in booze and Benjamin’s, they were happy. Dina and What’s-his-name are wasted bags of meat and all they managed to produce, is a wasted bag of meat whose crotch is rumored to be fiery… whatever that means.

If Johnny Depp and his long time baby momma Vanessa aren’t careful, they could end up cursing this world with yet another useless meat suit who is suffering from chronic Affluenza. Both parents seem to have checked out of their children’s lives and it can’t end well for anyone. Lily-Rose is already starting to show signs of growing up too fast, but her father and mother seem preoccupied with their own sophomoric love lives.

I am not even going to touch the fact that Johnny was with Vanessa Paradis for YEARS and never made her an honest woman, yet has already proposed to Amber Heard who will probably have movie roles dropping into her lap like manna from heaven based solely on her association with Depp. I wonder how his children feel about that? Personally, I’d have a bone to pick with pops, but I digress.

When Johnny Depp first barricaded a his family on an island it really seemed to work for them. Johnny even said that he did movies like Pirates of the Caribbean so that his children could enjoy his work, and that was admirable because he seemed so devoted. Now, the picture is starkly different. It seems like moving to the states was the kiss of death for the Depp family. The question here is not where did it all go wrong? But how does one begin to make it right?

Here’s my expert opinion as a professional people watcher… and this goes for celebs as well as us regulars. Stop treating your relationship with your children as you do your relationship with you significant other. The dissolving of your marriage/common law clusterf*ck does not negate parental responsibilities. Parents are still responsible for the kind of people their children turn out to be – you can’t check out and expect good results.

But let me simplify it further. It’s my understanding that actors are always looking for the next best thing yes? So here’s some cutting edge advice for the Depps. Instead of creating another run of the mill Lindsey, Miley, Kendall, insert name of your favorite Hollywood twit; Elect instead to make a well adjusted, intelligent, and grounded human being. Trust me, its advantageous for Johnny and Vanessa to get in on the ground floor of this exciting opportunity, rejecting the cliche could make them pioneers of Hollywood parenting. Dare to be different Depp family, because being the parent of yet another Hollywood train wreck is so last year.