Danny Lloyd, Linda Blair, And Tatum O’Neal: Where These Child Stars Are Now! 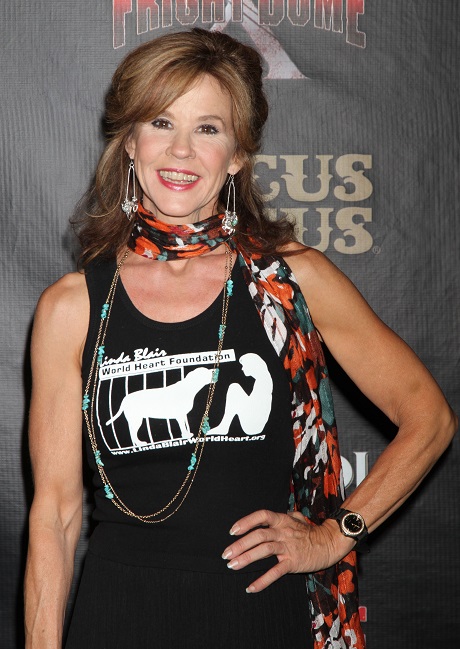 Hollywood is a fickle place. Actors disappear quicker than pencils at a Kleptomania conference — one day you’re here and the next day you’re nowhere. But what happened to these young one-hit acting wonders? Where did they disappear to? Where are they now? Let’s find out, shall we?

Danny Lloyd – Danny Torrance (The Shining):  “A Hollywood life probably wouldn’t have been for me, anyway. I’m proud to come from the Midwest and that’s where I’m comfortable at.”

No film collection is complete without Stanley Kubrick’s The Shining. Released in 1980, The Shining – adapted from the Stephen King novel of the same name – has been terrorizing audiences for decades. Danny Lloyd played Danny Torrance, a young boy with scary psychic abilities. The young Lloyd is famous for his half-closed face during the “bloody elevator” scene and his terrifyingly repetitive “REDRUM” utterances. It was later revealed that six-year-old Lloyd didn’t know that he was in a horror film – “he was led to believe that he was just acting in a drama film about a family who live in a hotel.”

Lloyd’s career died in room 237. The Shining’s phenomenal success wasn’t enough to sustain Lloyd’s future. It was rumoured that Lloyd blamed The Shining for ruining his life, but reality is usually less salacious than a random conspiracy. He failed to land parts as a teenager and eventually gave up his acting career at the age of 14.

“We kept trying for several years … until I was in high school and I stopped at about 14 with almost no success. I’m glad I was in The Shining. It was not a bad experience for me. It just wasn’t something that panned out and I decided to go back to being a regular kid.’”

He eventually went to college and worked at Wal-Mart to sustain his student lifestyle. In 2007, Lloyd became professor of biology at a community college in Kentucky.

Tatum O’Neal – Addie Loggins (Paper Moon): “Things with my dad were pretty good until I won an Academy Award. He was really loving to me until I got more attention than he did. Then he hated me.”

Tatum O’Neal’s life story reads like a Jack Ketchum novel. She is the youngest person in history to win an Academy Award, which she won at ten years old for her performance as Addie Loggins in Paper Moon (1973). Tatum starred opposite her father Ryan O’ Neal, but despite his popularity, Tatum was the one who garnered widespread critical acclaim.

It led to one of the greatest familial rivalries in Hollywood history. Tatum failed to live up to her historic debut, despite the fact that she starred in several successful films post-Paper Moon. In her best-selling autobiography, A Paper Life, the actress claims that her father’s drug dealer molested her when she was 12 and accuses her father for abusing her both physically and emotionally in the subsequent years.

Tatum’s faded fame went nuclear when she started dating Michael Jackson in the late 70’s. He described Tatum as “his first love,” but in a 2002 interview with the notorious Martin Bashir, Jackson said that Tatum “seduced” him and “he was terrified by the idea of sex.”

Tatum vehemently denies these allegations. She married tennis superstar John McEnroe in 1986. Their extremely abusive marriage ended in 1992, but they were only officially divorced in 1994. Tatum quickly spiralled out of control and became addicted to heroin. McEnroe gained custody of their three children in 1998.

Her torturous and eccentric relationship with her father was allegedly re-developed in Ryan and Tatum: The O’Neals (2011), a short-lived reality television show on the Oprah Winfrey Network (OWN).

In 2006 she was a contestant on Dancing with the Stars and played the role of Blythe Hunter in a cheesy telenovela called Wicked, Wicked Games.

Linda Blair – Regan MacNeil (The Exorcist): “One of the reasons I don’t have kids is because I think people would have been very unfair to them. Think of it. You’re still asking me questions about The Exorcist.”

The Exorcist is the scariest film ever made. Regan MacNeil (Linda Blair) played with a Ouija board and all hell broke loose. Literally. Her little séance gave her a bad case of demonic possession, green vomit, and a pee-inducing exorcism. (I wet myself when I watched this movie as a kid). Blair won a Golden Globe and received an Academy Award nomination for her performance in the 1973 horror masterpiece.

In 1977, Blair reprised her role as Regan in The Exorcist II: The Heretic, but the much anticipated sequel turned out to be the biggest failure in cinematic history – it is frequently listed as one of the worst films of all time. In between The Exorcist films, Blair also starred in Born Innocent (1974), Airport 1975 (1974), Sarah T. – Portrait of a Teenage Alcoholic (1975) and Sweet Hostage (1975) opposite Martin Sheen.

Yes, you are allowed to cackle like a sad demon.

Blair fell victim to the above and went from horror superstar to horror WTF in less than a decade. She starred in a few naked-breasts-oh-god-watch-out exploitation films, including Hell Night (1981), Chained Heat (1983), and Savage Streets (1984).

These days Blair is known for her animal rights activism and charity work. She founded the Linda Blair WorldHeart Foundation, a non-profit organization that works to rescue abused and neglected animals. She is one of PETA’s spokespeople and also a prominent supporter of veganism.