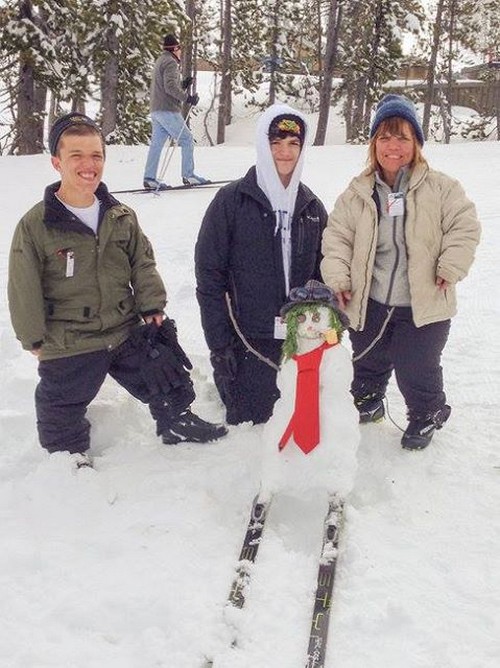 Tonight on TLC Little People, Big World continues with it’s a whole new episode called “The Family that Plays Together, Stays Together.” On tonight’s episode as plans for Jeremy and Audrey’s wedding start to ramp up, Matt and Amy are forced to confront their crumbling relationship head on.

For those of you who are not familiar with the show, when we last visited the Roloffs on their farm in Oregon, Matt and Amy announced their separation, leaving their kids – twins Jeremy and Zach, daughter Molly, and youngest son Jacob, wondering what was next for the family.

On the last episode, it was springtime and big changes were in bloom at Roloff farm. Matt and Amy kept a united front at Jeremy’s graduation; Amy seeked out a business venture of her own; and Jeremy decided to take his relationship with Audrey to the next level. Did you watch the last episode? We recapped it all right here for you.

On tonight’s episode as plans for Jeremy and Audrey’s wedding start to ramp up, Matt and Amy are forced to confront their crumbling relationship head on. In an attempt to reconnect, the family embarks on a weekend ski trip to spend some much needed quality time together.

Tonight’s episode is going to be filled with drama and you won’t want to miss it, so be sure to tune in for our live coverage of the show tonight at 9 PM EST!

RECAP: Tonight’s episode of Little People Big World begins with Jeremy and Audrey showing off their engagement ring to Matt and Amy. His parents are thrilled to learn that they plan to have their wedding on the farm. Matt and Amy head out to lunch together, and Matt isn’t happy that Jeremy and Audrey aren’t waiting long before the wedding, he thinks they need more time to get everything together. Amy is optimistic that Jeremy and Audrey will “make it down the long road together.” Matt is annoyed, and thinks that Amy is hinting at their own marriage since they are living in separate houses.

After dinner Matt heads in to the main house and says that he needs his chess set to take back to his house. Amy doesn’t know where it is, and Matt says that he isn’t going to rummage around “her house.” Amy reminds him that it isn’t “her house,” it is still his house too. Amy thinks that they should do something together as a family to try and help their relationship, she suggests taking a winter trip together with all of the kids.

Amy convinces the kids to all go on a winter trip to the mountains and stay in a cabin, except for Molly because she is studying abroad. Before they leave on their trip, Matt wants to finish something that he is working on for Jeremy and Audrey’s wedding. They have a small old church on their property, and Matt wants to move it closer to the bluff. They chain the church up and try to move it with a bulldozer, but Jeremy is scared that they are going to destroy it, and it is a crucial part of their ceremony. They manage to get it up off the ground smoothly and moved across the field without any incident.

Now it’s time for them to leave on their family trip, Matt and Amy and the three boys pile in to the van and head off on their vacation. Zach takes the wheel for the four hour trip, and Amy takes on the role of backseat driver and lectures him the entire drive. They pull over at a rest-stop and take a few photos and then hop back in to the car to finish their drive.

Matt, Amy, and the boys finally arrive at the cabin in Oregon. They rush to make dinner, and then decide to put together their annual “Winter Games” which will include a snowman building competition and dog-sledding. The next day wit is time for the games to begin, they pack their gear and head up in to the mountains where the snow is. Amy and Zach will be competing against each other in a cross-country skiing race. Amy takes multiple spills, but she keeps getting up and is determined to win the race. She nearly catches up to him, but loses by a hair. Up next is the snowman competition, which Amy, Zach, and Jeremy are victorious.

The boys go snowboarding, but Amy and Matt decide to sit this one out, they are scared they are going to get hurt going down the slopes. Matt is skeptical about going skiing, he finally caves and agrees to go with Amy. Matt sends Amy to go get his skis waxed and he goes to check out the slopes. Zach helps Matt tape his ski poles to his crutches. He gets geared up and heads up to the top of the mountain in the ski lift, Jeremy lectures his dad and tells him to stretch before he goes down the slope because he doesn’t want him to get hurt. Matt finally gets to the bottom of the hill, but he is in pain.

The Roloffs head back to the cabin and play a game of family trivia, in the end Zach and Jeremy are tied for the most points so they have to have a tie-breaker. Jeremy wins by answering the question about his mother’s maiden name first. Amy heads to bed happy, and thinks that she and Matt are making some progress in their relationship.

The next day the Roloffs head back to the mountain for their dog sledding competition. Mushers meet them at the mountain with dogs and sleds. Amy, Zack, and Jarrod ride in one sled and Jeremy and Matt ride in the other. Matt and Jeremy win the dog-sledding race, but Amy is okay with it because she can now check dog-sledding off from her bucket list.

They head back to the cabin and Jeremy video-chats with Audrey and tells her about them moving the church. He wishes that she could have come with them, now that they are engaged he hates travelling without her. The Roloffs all sit down together and play a game of chess. Before the trip is over, they decide to tally up their scores from the Roloff Winter games. Zach fudges the math to make it so that Matt is the winner, Jeremy refutes his scoring and insists he is the winner.

Matt thinks that their Winter trip was a success, and is glad that he and Amy got along and got to spend time with the kids. A few days after the trip, Matt and Amy begin to settle back in to their separate lives. Amy and Matt sit outside bickering about digging up trees on their farms. Amy thinks it is ridiculous that he doesn’t think about how large the tree is going to get before he plants it, and then he has to rip it out. Audrey heads over to the Roloff’s farm and she and Jeremy go check out the church and take selfies in front of it, they can’t wait for their wedding.