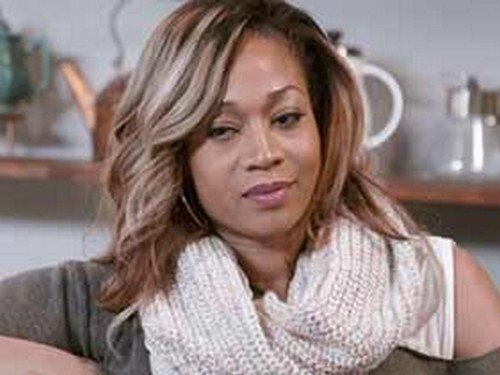 Tonight on VH1 LOVE & HIP HOP ATLANTA airs with a brand new episode called, “New Help.” On tonight’s show Stevie and Joseline end up having to put their wedding plans on hold.

On last week’s episode episode when Mimi learned that Nikko spilled her sex tape secret to Stevie, she was furious. Stevie and Joseline threw a Dinner Party (with a side of interrogation) for Benzino and his new girlfriend, while Scrappy & Bambi dealt with a new development in their relationship. Kirk received the results of his DNA Test, and Karlie’s planned to move in with Yung Joc came to a screeching halt.  Did you watch last week’s episode?  If you missed it, we have you covered with a full and detailed recap, right here for you.

On tonight’s episode Stevie and Joseline put their big wedding plans on hold to handle some business, which blows up in Stevie’s face. Bambi suffers a set back. Kirk takes the search for a nanny into his own hands. Karlie and Joc go from breakup to makeup to bust.

Since their alleged court ceremony, Stevie J wanted to give Joseline a second chance at the big dream wedding she’s always dreamed of. But before he can do that – they have to go back to work. It doesn’t seem like Joseline has been booking as much as she should have. And that probably something to do with Joseline’s booking agent.

Dawn was a friend to Joseline and yet she was fired without notice or even a phone call. Now Stevie J wanted his “wife” to treat this lady in a professional manner. He had cautioned treating this woman like yesterday’s trash because he suspected it would blow up back in their faces if Dawn wasn’t handled correctly. And he had a point.

When Joseline chose to ignore her former friend’s calls till she got the message – Dawn then turned around and revealed some of the couple’s precious secrets to MIMI!!!

Sheer stupidity shouldn’t come as much of a surprise, but it is. No one learns to stop play these gamers until comes back to bite them. Such is the case with Karlie Redd and her latest. She finally admitted to her friends that she did intentionally flirt with her supposedly good guy friend just to make her current boyfriend jealous.

Karlie was tired of her boyfriend continuing to flirt with other women in front of her and wanted to give him a taste of his own medicine. And now that Joc’s had a taste, he realized Karlie was too much for him. So he then went about his life ignoring her and would have kept this up if she had started blowing up his phone. Joc claims that she called over a hundred times and that’s what made him relent on seeing her again.

Joc arrived for the meeting with the belief that he wasn’t going to get back together with his ex. However all it took was Karlie promising great sex and suddenly their back on.

Then there’s Kurt. He’s in his own league. Of what? Who knows. Sometimes he’s cruel and sometimes he’s just plain dumb. For instance, take the situation with the waitress from the Sports bar. She’s young and pretty which reads like danger sign to Kurt’s friends though he chooses to ignore them.

Kurt wants to hire this complete stranger on as the new nanny. Nevermind the fact that he didn’t check this with his wife and that he had initially told Rasheeda to stay home taking care of the baby. She complained about him being outdated, but she sure wasn’t expecting him to take her words to this extent.

What is Kurt doing? Does he want to throw away his marriage? If so he’s doing a great job of it. When Rasheeda arrived at home to find a stranger holding her baby – it set her off. Then it became too much after this random woman said Kurt had told her he was separated. Rasheeda wasn’t sure about their marriage before, but separation might be where they’re heading.

In sadder news, Bambi lost her baby. She unfortunately had cramps one day and it led to her having a miscarriage. Yet instead of treating her in the same disrespectful way as earlier, Momma Dee was actually kind to her. She came over and even made soup for the other woman.

She did that because she knew what it was like to lose a child and so she put aside their previous problems to focus on Bambi. This loss alone has brought the two women together in more ways than one. Momma Dee is now firmly on Bambi’s side and has gone as far to mention marriage to her son, Scrappy. And coming from the Queen herself that’s as much as an apology Bambi will ever get.

Stevie J chose to meet with Dawn. He wanted to fire her in person seeing as Joseline didn’t want to do it and it immediately got off on the wrong foot. Dawn had had enough of the both of them so she started their conversation by accusing Stevie of fraud and more importantly she claimed he was in fact broke.

Stevie issued her firing and left before their antics could make a bigger scene. But he didn’t know what Dawn was planning. Dawn telling Mimi that Stevie and Joseline’s marriage was fake went beyond table talk. Stevie was recently offered percentage into Benzino’s magazine based off how well their “marriage” cover sold. Yet if Dawn is telling the truth then Stevie might have made Benzino liable. This could destroy the guys’ business deals and their friendship so someone better fess up.

And sadly it looks like it’s going to be Dawn!

Karlie and Joc are still moving in together. They appeared to have gotten over their little spat and thought all would be good. Still, they weren’t that firm in their relationship that Joc was capable of bringing an ex around without any problems from Karlie.

He foolishly left the two by themselves and it allowed them the time to talk. Or in Karlie’s case to confront. She asked the other woman if she was still doing Joc and the lady said yes. This led to a hug fight and security had to step in to break them apart.

What was Joc thinking? Could this have been payback for Karlie flirting with someone else?