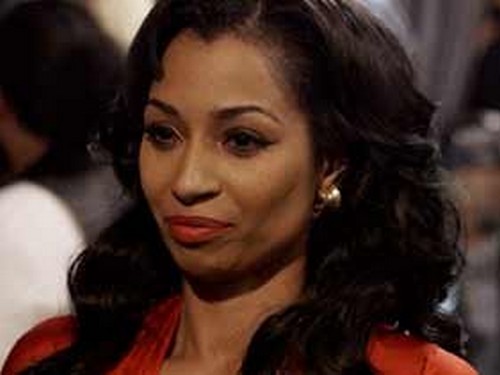 Tonight on VH1 LOVE & HIP HOP ATLANTA airs with a brand new episode called, “The Past My Ass.” On tonight’s show Stevie J and Benzino take on their newest venture, but when Karlie and Althea have a run in at their grand opening,

On last week’s episode in an attempt to clear the air between Bambi and Erica, Momma Dee arranged a meeting between the three of them, but it seemed that Momma Dee’s efforts only caused more tension between the two women, especially when she took Bambi’s side. If Momma Dee was hoping for a peaceful sit down between the two women in her son’s life, then she was in for quite the shock because it was pretty obvious attitudes were at an all-time high at this meeting.  Did you watch last week’s episode?  If you missed it we have a full and detailed recap, right here for you.

On tonight’s episode, Stevie J and Benzino take on their newest venture, but when Karlie and Althea have a run in at their grand opening, it all goes down in flames. Waka and his family deal with a tragic loss. Secrets are revealed during Mimi and Nikko’s Anniversary Party, and a conversation with Karlie leads Joseline to a scandalous discovery that leaves her marriage on the brink.

Benzino and Stevie are going into business together in more ways than one. Recently, Stevie was given some shares in his best friend’s magazine and now the two are opening a club together. It’s supposed to be the next thing, but personal drama can see their opening night ruined.

Everyone knows that Karlie and Benzino have a past. Including Benzino’s latest and his newest girlfriend was worried about this past relationship. She was kind of on the fringes during the infamous couple’s on-again off-again and only considered getting serious with Benzino once she was assured that Karlie was out of the picture. But Joseline wanted to be an instigator. She warned the other woman that Karlie is still a player in this game – “the singer” will always come around as long as money is on the table.

And coincidentally, Karlie was out of the loop about practically everything. She wasn’t paying attention to anything Benzino. That is until Kirk decided to inform her that Benzino had moved on to another girl. After she heard that and more importantly he was also opening a club – she decided to pay her ex-boyfriend a visit at the upcoming opening.
In the few days that Rasheeda told her husband about going on vacation, Kirk has stirred up trouble.

He told Karlie about the club opening and the new girl because he thought she still had feelings for Benzino. Completely forgetting that he’s also friend of her current boyfriend, Joc. Then he turned around and informed Benzino that Karlie was missing him when what she said was that she missed his presence. Which Kirk and his friends translated to mean that she missed his d*ck!

So no wonder Benzino’s girlfriend, Althea, was on edge when the two ladies were introduced. The woman felt like she had to stake her claim and did so and at the same time she threw Kirk under the bus. He was the one after all running his mouth.

Karlie was upset and her friend, Erica was just as ticked off. They demanded an explanation from Kirk and were about listen to his version of events when Althea flipped out. She threw a drink at Karlie and when Erica tried to defend her friend – she then threw a drink at her.

Erica and Karlie were quickly escorted off the premises before they could retaliate.

Later, Mimi and Nico were throwing an anniversary party. It was going to be this big thing and Althea really wanted to go. Yet Benzino called Mimi’s people to cancel at the last minute. He gave some excuse or another, but Nico was able to see right through it. He told Mimi, Dawn, and Erica all about the real reason Benzino chose to opt out – the other man didn’t want come face to face with one of Althea’s ex.

Nico and Althea used to go together. And it’s not surprising – Althea does have a bit of a reputation. Even Joseline has heard about it and according to Nico and Mimi, Althea wasn’t as forthcoming with Benzino as she should have been about it. Just because she told him about Nico doesn’t mean she went on to tell him about her time Stevie.
Mimi remembers dropping off her daughter and seeing Althea there half-naked on the couch. And her daughter knew Althea by name so the two must have met more than once.

Now remember Karlie might have already heard about this information when she had her “friendly” lunch with Joseline. The lunch was out of the blue and Joseline for one wasn’t expecting Karlie to call her. Though when they got to talking they inevitably found common ground. Both of them don’t trust their men. And Karlie made a point to remind Joseline that they can’t trust these types of guys and it’s better to spy.

So Joseline did some digging. She went through Stevie’s phone and found pictures of scantily clad women. And this prompted her to removing her ring. Whether her ring stays off depends on what her husband does next.

Then there’s Deb Anteny. Her son just passed away. He was a young man and after facing hate every day off the internet it became too much. His own disability combined with the online bullying pushed him to taking his own life and instead of remaining silent his mother has taken up advocacy. She wants to fight against the sneaky and underhanded ways random people can voice hate against someone and their families.

And she’s not going to give up! She wants to do this and Tammy has so far been by her side.