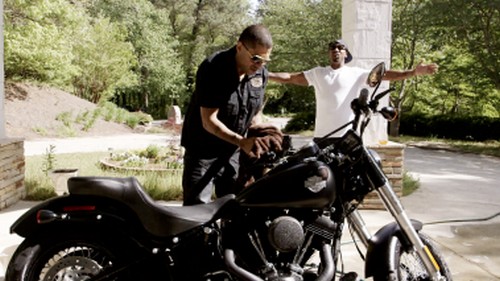 On last week’s episode Mimi scored a spot on the cover of Stevie’s magazine thanks to her new found fame, to Joseline’s chagrin. Meanwhile, Kalenna and Tony made a stunning discovery, and Bambi received an interesting proposition from Scrappy. Did you watch the last episode? If you missed it we have a full and detailed recap, right here for you.

On tonight’s episode, Fallout from Mimi’s magazine cover impacts Stevie. Meanwhile, Mimi goes into an emotional tailspin upon receiving news; Kalenna and Tony worry about their baby’s health; and Joc is caught in a compromising situation.

In the midst of her sex tape scandal Mimi’s father had a stroke and in the last episode we learned that his leg was amputated. Apparently that was not enough to save him and this episode starts with her grieving her dad. She feels like everyone has turned on her because no one believes that her sex tape with Nikko was home made and stolen. It was filmed by a third party and it sure looks like she lied about doing it for the cash. Right now Mimi believes that her only supporters are Nikko and her daughter.

Meanwhile, Karlie Redd is back in the studio with Joc and their work situation appears to be good. He still wants to fix things but Karlie doesn’t trust that he’s not still creeping with the help.  Joc is trying to sell a song called Heartbreakers with her on it. Karlie realizes that she needs to stop worrying about “that Teletubby” and start focusing on her relationship with him. Joc actually does go to NYC to drum up support from his label for his duet with Karlie.

A few weeks ago we learned that Waka and Tammy ditched the big wedding plan in favor of a quickie civil service. His mother had been planning everything and was crushed to learn that they got hitched without her. He sits down to lunch with her and has a heart to heart explaining that being married doesn’t mean that he’s leaving her. He’s still a mama’s boy at heart.

Last week Kaleena told Tony that she is pregnant and now she has taken Rasheeda to the doctor with her. One thing that none of us knew is the fact that Tony has 9 kids! NINE! Even Rasheeda didn’t know but her shock was interrupted by the doctor’s concern over the faint line on her pregnancy test at 9 weeks. I’ve never known a doctor to rely on a stick test, but whatever. He’s going to do an u/s to check things out.

Kaleena’s u/s is good and her baby is just fine. She is thrilled that all is well and is ready to have a second baby. Mimi seems to be losing her grasp and Ariane reached out to meet up with her so Mimi jumps on the chance. Ariane feels the need to support Mimi through the loss of her father and to accept that she claims to be happy with Nikko, for now. I guess she realizes that Mimi needs someone.

Stevie decided to get Joseline back on his good side by scheduling her video shoot- finally. She needed him to hand over some business. In her words- if you keep the kitty kat away for awhile then Stevie always comes back with songs, videos and a career. Speaking of Stevie he decides to meet with Ariane and they dish on Mimi’s situation. Ariane believe Mimi dropped the sex tape to get back at him. She could have dated a doctor, lawyer, whatever and instead she hooked up with a wannabe Stevie. Ariane tells Stevie she’s afraid Mimi will have a breakdown and he agrees to sit down with Mimi if Ariane can arrange it.

Every episode ends with an explosion and Karlie decides to go out with Erica to blow off steam at a fashion event. Unfortunately the teletubby that wwas hooking up with Joc happens to be there and it turns into the fight of the night. Tune in next week for more Love & Hip Hop.