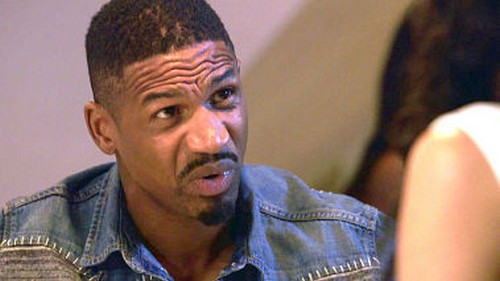 On last week’s episode Karlie and Joc hit a point in their relationship that could have ended it all, Benzino took his future seriously as he planned to try and secure it. Tammy was determined to have a baby with Wacka and decided to go for fertility testing to make sure everything was ok. She checked out ok, but had to convince her husband to go get tested. Stevie came clean with Snoop and told him that he did indeed smash Ho-thea and now before he could be Zino’s best man he needed to come clean. Did you watch the last episode? If you missed it we have a full and detailed recap, right here for you

On tonight’s episode, Benzino exposes Joseline, impacting his relationship with Stevie, in the Season 3 finale. Also: Waka receives unexpected news that jeopardizes his future with Tammy; and Mimi makes a big decision about Nikko.

Peace can only last for so long. Especially with someone like Stevie J. in the picture because he’s only now admitting to sleeping with Althea and the truth is everyone already knows that part. They’re just left in the dark about where said “incident” took place. There really isn’t a phrase for this but I’ll try – it’s one thing to sleep with Benzino’s fiancée and it is quite another for any man to handle hearing his best friend slept with his future wife in his own home!

Does Benzino really need to hear that last part? He’s set on marrying Althea and they’ve been out shopping for wedding invitations and she’s been looking at wedding dresses. So as far as they are concerned the only dark cloud hanging over their special day is Joseline. She’s been on Instagram trashing the bride to be. And she’s also threatened to beat her up the next time she saw Althea.

Benzino eventually got angry at what he considered was Joseline’s usual pettiness so he then started trashing her on Instagram. It was petty, but that’s how bad things have gotten between the two couples. Later at Rasheeda’s event, their hostess had asked everyone to maintain a drama free zone. Rasheeda had even tried to make it easy for everyone by keeping her guest list short. But Benzino went looking for dirt and dirt was exactly what he found!

Benzino had found out about a rumor circulating that Joseline slept around and rather than be the bigger man by stepping away – he pursued it till it led back to Joseline and Stevie’s driver. Big Rich claims he’s been sleeping with Joseline off and on for the last three months and Benzino being the good friend that he is decided to immediately tell his friend.

Yet, if Benzino is expecting he can simply spring this on Joseline like a surprise attack; he’d be wrong. The problem with gossiping is that people can hear you getting excited of the latest news. Such as when Karlie overheard Benzino at Rasheeda’s event. Karlie is type of woman that loves to spread the news and so she felt it was her duty to warn Joseline about what’s been said about her.

So Joseline was forewarned the second she got off of the plane and while Stevie didn’t really buy into the story Benzino was trying to sell – he did end up confronting his wife.

Speaking of which, Mimi finally got up the courage to confront her own man about the sex tape. Everybody has been telling her from day one that Nikko sold that tape deliberately and she defended him against all of that. But then the blinders were violently yanked away – she went to talk to her boyfriend and she found him in the studio singing a song about their sex tape. Explicit details and everything. It seems he was always going to use it make a name for himself. And Mimi was a fool not to see it.

If he had really cared for her then he would have found some lawyer to help suppress that tape instead of “how about we profit from it”.

Waka didn’t want to do an analysis on his sperm. Though he agreed to do the testing because he wanted to both please his wife and have kids someday. So, thanks to him stepping up, he found out that his sperm is low on testosterone. The numbers went like he has ten thousand of what should be in the area of twenty million.

His testosterone is low after he was shot a couple of years ago. He had to be put on a lot of drugs and those things carry a warning label for a reason. If Waka and Tammy still want kids then they’re going to have to have medical intervention. There’s no other way around it for them.

Stevie and Joseline attempted to talk and it didn’t work out well. Joseline swears she didn’t cheat on her husband but at the same time she let her temper get the best of her. She began accusing him of constantly cheating on her and being controlling. By the things she was saying, she made it seem like their marriage has been nothing more than one big power trip of Stevie’s. He got himself a life-size doll and then made it work for him. Then once she was done she told him crying in a bizarre twist she was over him.

Was that the end of their marriage? Maybe. He followed up their fight by asking for her rings back and she didn’t even try to fight him on the issue. Joseline appeared to have been tired out by the many problems in her marriage and she’s decided to focus on her career.

And we all know what happens when Joseline is out of the picture (even temporarily) – he starts talking to Mimi again. He apologized for the way he’s been treating her and Mimi forgave him. She needed the friendship they used to have and for once Stevie was the sympathetic ear she needed. So from here they can go on to become very good friends or this could just be them falling back into old and frankly unhealthy patterns.

My guess is that Joseline isn’t going to be too happy about Mimi being back in the picture! What yours?