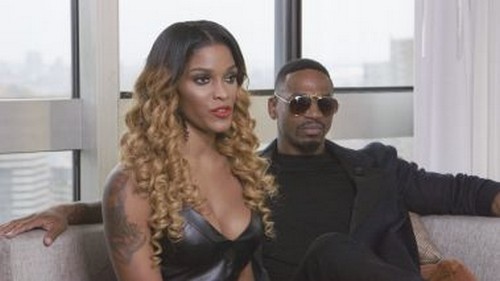 On last week’s episode Part 2 of 3, a reunion continued with Joseline in battle against her fellow cast members, both on the stage and off it. The group reflected on how the reunion could go so horribly wrong. Deb demanded that drug testing be a part of Love & Hip Hop: ATL in the future and the ladies then discussed how Joseline uses drugs to numb the pain of her past and that she needs real help to cope. Did you watch the last episode? If you missed it we have a full and detailed recap, right here for you.

On tonight’s episode, it is the conclusion of the reunion episodes. We will see a recap of the reunion fight includes perspective from Stevie J, Joseline, Benzino and Althea. Also: Mimi and Nikko reveal the status of their relationship.

RECAP: Mimi’s friends have had from the very beginning doubts about Nico and so on tonight’s final segment of the Reunion – Mimi and Nico’s sex tape is put on the table. Truthfully, the only person that doesn’t think he leaked the said sex tape seems to be Mimi. Hence she’s angrier about finding out he had a wife this entire time than she is about the tape.

And that’s probably why he continues to think she’ll still be with him after everything he’s already put her through. Though Mimi has some reservations. Yes, she loves him and they are still sleeping together, but Mimi is holding off on committing to him – at least until his “impending divorce” comes through.

Yet there’s some more important things to discuss than merely the tape. Like the fact the company they sold the tape to had needed extra scenes and they had to shoot a few more scenes – this time with a production crew. At the time, Mimi had needed the money so she went through with it. She has a child and stories are out there about her baby daddy, Stevie J, going through some financial difficulties.

And while she neither confirmed the rumors – she didn’t deny them either. Mimi said (when asked) that she was a single a mother solely taking care of her daughter. The rest could be left up to interpretation!

But at the end of the day it’s not like Mimi is the only person to ever make a sex tape. Karlie Redd fessed up to having her own sex tape with ex Yung Joc. Joc’s thoughts on the matter is that he isn’t easily recognizable in the video though Karlie begs to differ. She indicates both his face and his voice can be heard/ seen in the footage. Then she further implied that she is capable of distributing her own sex tape just for revenge. So Joc can deal with that any way he wants.

As for newbie Kalenna, she does explain her bisexuality. She was with her “special” friend first and ultimately put that relationship on the backburner in order to focus on her marriage. It was time for her husband Tony, who did try at first to be understanding of his wife’s relationship, to feel important and so her family (new baby included) is where Kalenna’s concentration is.

And her friend understood that because Ashley admits she would do the same in Kalenna’s shoes.

After the production team finished up the reunion with the rest of the cast – a single interview was put in place for both Benzino/Althea and Stevie J/Joseline. The bosses probably thought it would be easier on the couples, but Benzino nearly got into a fight with the interviewer despite their concession. And really no one felt like their actions were in any way questionable at the original reunion show so why would they feel sorry about their actions later on.

Joseline is proud she went after all those women she has a problem with even if they hadn’t provoked her at the show. Mimi and Tammy were actually minded their own business when Joseline decided to get them back for what happened months ago. And by the things she says, it sounds like she’s all too willing to do it again given second opportunity.

Now her husband does say she’s quick-tempered but that’s it. Meanwhile, Benzino says his relationship with Stevie is over primarily because Stevie would never admit to Joseline being a train wreck. So this could be the end of a friendship that’s lasted for over 20 years!

No one wants to budge so we’re simply going to have to watch the rest of their fight play out over Instagram! I know I’m going to be paying attention – how about you?