BY Heather DiPietro on May 12, 2014 | Comments: one comment
Related : Reality TV, Recap, Television 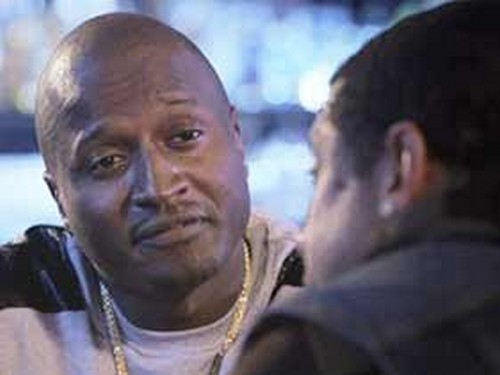 Tonight on VH1 LOVE & HIP HOP ATLANTA airs with a brand new episode called, “The Results Are In.”  On tonight’s show Stevie and Joseline organize a dinner party for Benzino and his new girlfriend. Meanwhile, Scrappy faces a new development in his relationship, and Kirk receives DNA-test results.

On last week’s episode when Stevie got word of Mimi’s new found infamy…there was hell to pay. Scrappy tried to juggle all of the ladies in his life. Karlie imposed ground rules on her new man, Yung Joc. Kirk set out to prove whether or not he was the father of Rasheeda’s baby…and Benzino helped him cover it up.  Did you watch last week’s episode?  If you missed it we have a full and detailed recap, right here for you.

On tonight’s episode When Mimi learns that Nikko spilled her sex tape secret to Stevie, she’s furious. Stevie and Joseline throw a Dinner Party (with a side of interrogation) for Benzino and his new girlfriend, while Scrappy &amp; Bambi deal with a new development in their relationship. Kirk receives the results of his DNA Test, and Karlie’s plan to move in with Yung Joc come to a screeching halt.

Tonight’s episode of Love & Hip Hop Atlanta begins with Nikko and Mimi in the car, and Nikko reveals that he told Mimi’s baby-daddy Stevie about their sex tape deal. Mimi is so furious she has to pull over, she curses Nikko out and tells him that now Stevie is going to “make her life a living hell.” Mimi tells him to get out of the car and Nikko refuses, so she gets out of the car and leaves him sitting there.

Scrappy heads over to Erica’s apartment and is shocked to see the lights are low and the room is full of romantic candles. Erica asks him why he texted her at 3:00 AM saying that “he needed her.” Scrappy insists that he was just trying to talk to her because he needed advice. He confesses to her that he is happy with his girlfriend Bambi, but he isn’t in love with her. Scrappy does confess to her that if he didn’t have a girlfriend, then it would probably be her.

Erica has been dating O’Shea for a while and she decided to take him out to meet her friends Karlie and Yung Joc. Joc isn’t a fan of O’Shea the model. Unbeknownst to Erica’s friends- O’Shea isn’t as perfect as she has been letting on, apparently he is broke and Erica has to cover the bill at the bar.

Bambi heads to the pharmacy and buys a pregnancy test, she hasn’t told Scrappy yet because she is scared that he will leave her, but she is late.

Kirk and Scrappy head out for drinks, and Kirk confesses that he did a secret DNA test on the baby. Scrappy thinks he is nuts because he knows Rasheeda didn’t cheat on Kirk. He confesses to Kirk that he has his own problems, and he just found out that Bambi is pregnant.

Karlie and Yung Joc head out to lunch to look over pictures of a house he is considering buying for them to move in to.

Stevie J meets up with Mimi, he is concerned because he found out that she moved their daughter into a new house without telling him. Mimi tries to explain to him that someone stole her bags from the airport and the tape was leaked. Stevie calls bullshit- and informs her that Nhe knows Nikko is the one that leaked the tape. Mimi refuses to believe it and they get into a screaming match and she tells him to “go to hell” and storms out.

Scrappy goes out to dinner with his Mom, and she announces that she is going to cut Bambi some slack since she is “carrying her royal heir.” She gives Scrappy a “strict regimen” she put together for Bambi to follow.

Stevie and Joseline have Benzino and his new girlfriend Althea over for dinner at their new house. Benzino and Stevie begin brainstorming about opening a club tonight and they inform Althea and Joseline it is their responsibility to “bring in the bad bitches.”

Benzino and Kirk head out for drinks and Kirk has brought along the results of his and Rasheeda’s baby’s DNA test. Benzino reads the letter to him because he is too scared to open it. Kirk is the father.

Joc set up studio time for Karlie and him, but he is running late. However, Karlie runs into Jeremih at the studio, and works with him for a little while. While she is flirting with Jeremih and hanging all over him, Joc walks in and catches her.

Joc is furious, and after Jeremih leaves Joc informs Karlie that they are over and there is now way she is moving in with him. He is “wrapping up” this relationship.