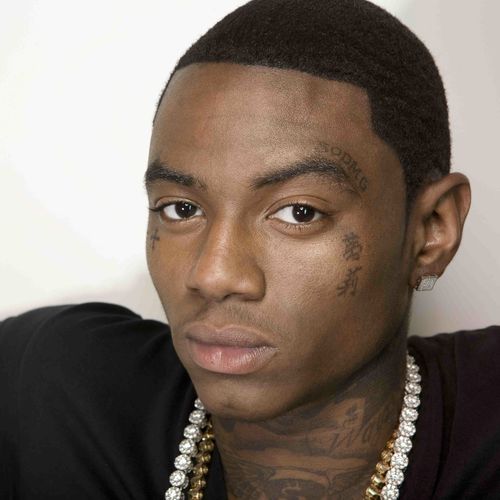 It seems Soulja Boy got slammed by K. Michelle for not fessing up to cheating on Nia Riley with transgender Sidney Starr and Diamond from Sisterhood of Hip Hop. Rapper Soulja Boy was quickly fading into obscurity, so he does what every hip-hop artist does, joined a reality TV show, or two in his case. You can imagine Love & Hip Hop Hollywood fans confusion when they tuned in to the premier of the new VH1 reality TV show, and saw Soulja Boy professing his love for his girlfriend Nia Riley and inviting her to move in with him when he was just on Oxygen’s reality show Sisterhood of Hip Hop and hooking up with singer Diamond.

Love & Hip Hop Hollywood spoilers reveal that Soulja Boy’s infidelities will be a central theme on the show this season. But, Diamond should be the least of Nia Riley’s worries, because according to Love & Hip Hop star K. Michelle, Soulja Boy has a weakness for transgender men (Sidney Starr) and has hooked up with multiple transsexuals (is he pals with Hank Baskett?) Apparently Soulja Boy’s fetish is well-known in the music industry, and in a recent radio interview with “The Breakfast Club,” K. Michelle went on a rant about Soulja Boy.

Apparently K. Michelle is upset because Soulja Boy implied in an interview that he had sex with her. It turns out instead of denying he had sex with K. Michelle, he just giggled, which infuriated the reality TV starlet because the last thing she wants is people thinking she hooked up with Soulja Boy. During her appearance on “The Breakfast Club,” K. Michelle rants, “Let me tell you something Soulja Boy because I know you’re gonna hear this, what you not gonna do is lie on my hot pocket. When I do something I say I did it. So that giggling, we don’t wanna giggle about your transgender in Atlanta. Giggle, giggle, now crank dat.” According to MTO, the transgender in question is self-proclaimed celebrity Sidney Starr, who claims she has a project in the works at VH1 as well, and has been retweeting articles about herself all day.

Soulja Boy on the other hand was not as thrilled about the bomb that K. Michelle dropped, and the two reality stars began bickering on Twitter. In not so many words Soulja boy announces he would never sleep with K. Michelle and questioned her hygiene and K. Michelle responded with a slew of insults about how much smaller his VH1 paycheck was than hers. Interestingly enough, Nia Riley really hasn’t commented on the fact that her “boyfriend” likes boys that have transitioned in to girls.

Have you been tuning in to the latest Love & Hip Hop trainwreck on VH1? What do you think about Soulja Boy’s crazy beef with K. Michelle and his apparent transgender fetish? Are you team Soulja Boy or Team K. Michelle? Let us know what you think in the comments below.