Macklemore’s Past Littered With Legal Troubles And Lies: He’s A Speed Demon With Secrets! 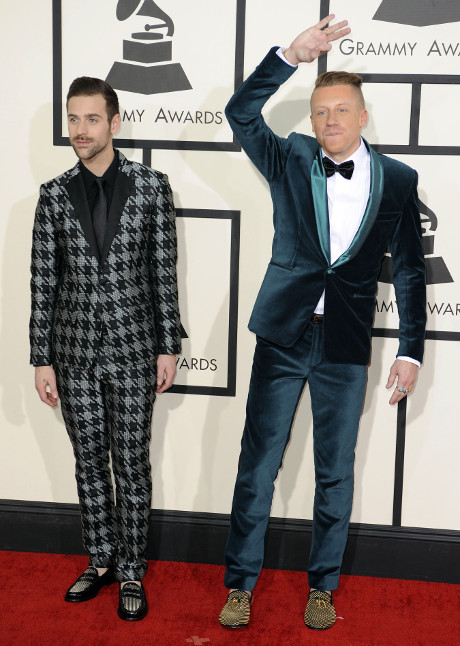 Macklemore might’ve revealed his secrets regarding the amazingness of thrift shopping, but it turns out that the Grammy-winning rapper has some other secrets littering his past, including some traffic violations that have come to light. Recent reports claim that Macklemore, who’s birth name is Ben Haggerty, acquired several violations in recent years. The reason? Speeding and driving without a license! And that’s not the only thing court documents reveal . . . . Macklemore might actually be a year older than he’s purporting to be. Uh oh, do we smell a little liar-liar-pants on our hands?

Chances are the situation regarding his age was just a slip up made by media (we don’t think Macklemore is all too worried about shaving a year off his true chronological age), but the traffic violations are definitely true. Radar Online reports, “Macklemore was cited in an Oregon court on January 11, 2013 for the violation of a basic speed rule, Class C, which means he was found to be driving 11 to 20 mph above the speed limit. On July 27 of that year, he was stopped again for a similar incident, when a Washington State Patrol officer spotted his car going 75 in a 60 mph zone just outside of Seattle.”

Macklemore is a Pac NW native. Although many have believed his birth date to be June 19, 1982, the court documents filed reveal that his actual birth year was 1983. Gasp! I’m not sure if a bigger scandal could ever land on our desks. If Macklemore really was lying about his age, well, that’s ridiculous. Perhaps we should send him some anti-aging cream if he’s sincerely concerned about things.

What do you think about M’s legal woes?