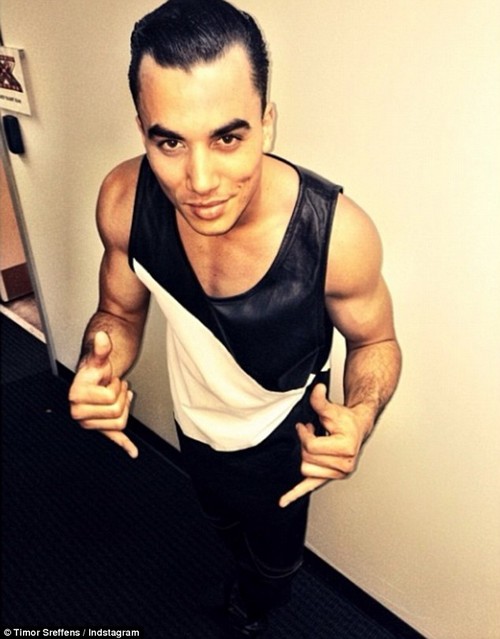 It’s been less than a month since Madonna split up with boytoy Brahim Zaibat, and she’s already moved on to another boy half her age. At 55 years old, Madonna is starting to prove that she might have an addiction to being a cougar. According to reports from the Daily Mail she’s already started dating a backup dancer, Timor Steffens, and guess his age? That’s right, he’s 26 years old.

And that’s not even the worst part! Madonna’s son, Rocco, is friends with this man! Also his career? Creative director, choreographer, and actor, apparently. Well, that says a lot, doesn’t it? It seems like everyone that Madonna chooses to be her boyfriend must not have a steady career.

Radar Online also claims that Madonna’s already started showing Timor off to her friends, even taking him to an exclusive and private New Year’s party in Switzerland. Keep in mind, she met him weeks ago. However, sources add that a lot of people have started talking about how quickly Madonna’s moved on, explaining, “Some people at the party were whispering about how Madonna had just broken up with her ex, and now she’s already with a new guy. [But] Madonna was even hinting to people that one of the reasons she likes Timor so much is because he’s a natural with her children.”

Well, of course he’s a natural with children – he’s still one of them! See, I still don’t understand if Madonna’s boyfriends are just her desperate attempt to cling to her youth, which seems likely given the plastic surgery and all, or if she’s just attracted to boys who her half her age. Heck, it could be both.

What do you guys think of Madonna dating yet another 20-something? Is it starting to get odd, or do you think she deserves to do whatever she wants? Let us know your thoughts in the comments.