Maksim Chmerkovskiy Set To Return To Dancing With The Stars Season 18 As A Dancing Pro! 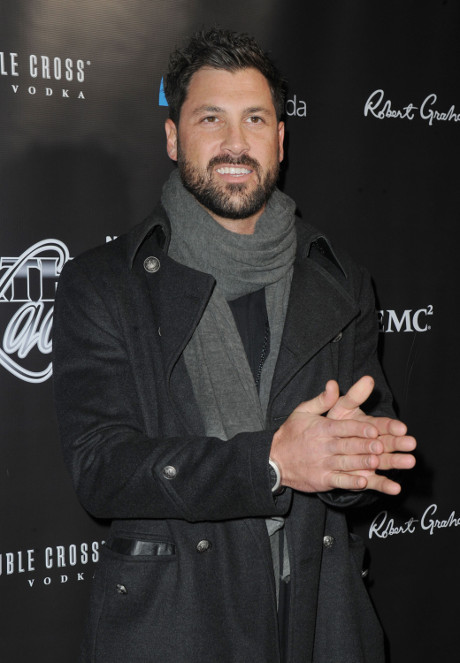 Apparently Maksim Chmerkovskiy‘s big idea to make it big in Hollywood (as an actor or something?) didn’t quite pan out, as the dancing professional has decided to return to the epic ballroom that made him a household name. Yep, that’s right, folks! Maksim will be returning to Dancing with the Stars season 18. It’s unclear who his celebrity partner will be this season, but you can all rest easy knowing that he’ll definitely be returning as a pro dancer.

Sources told TooFab that a source confirmed Maksim was spotted leaving a meeting with show execs today. The sources also confirmed that his contract appears to be a done deal. So all you ballroom fans . . . . Let the cheering begin! While Maksim’s return to the hit dancing show might come as a surprise to some, to others it was never a matter of if Maks would be returning but when. Maybe he finally realized that his home really is in the ballroom and that he should work with the talents he’s got. And, let’s be honest, he has a lot of ballroom swag!

Maksim joined the judging panel last season as a new guest judge but, as many of you know, he’s a DWTS resident, having performed alongside celebrity partners for countless seasons — so he’ll be able to slide right back into the show with no problem at all. One of his past partners, Erin Andrews, will be replacing Brooke Burke-Charvet as co-host.

The celeb/dancer pairings have not been released yet but will be announced this coming Tuesday on Good Morning America. Are you excited for Maksim’s return? Let us know in the comments section below!