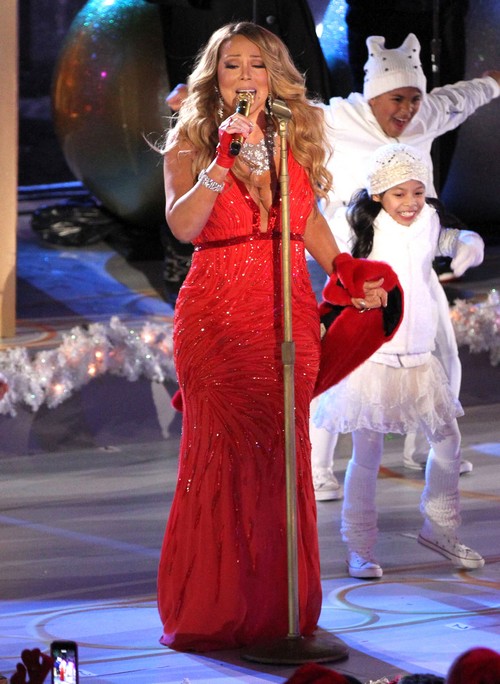 Nick Cannon and Mariah Carey are on the road to reconciliation and might be getting back together in the near future.  According to new reports, Nick and Mariah’s divorce is postponed at the moment, and the couple is making plans to spend Christmas together with their twins Moroccan and Monroe. The couple confirmed their very messy break-up last summer, and have reportedly been fighting tooth and nail over their finances, children, and even their dogs.

It looks like Cannon and Carey are trying to patch things up, well Nick is anyways.  The December 22 edition of OK! Magazine reveals that Nick Cannon is bending over backwards to make Mariah happy and get their family back together – because he misses her bottomless bank account.  The magazine explains, “Nick hates the idea of the twins growing up in a broken home.  But there may be another reason that Nick is easing back in to Mariah’s life, our source says that he misses the big bucks lifestyle that comes along with being Mr. Mariah.  Nick is successful, but Mariah is the one with the bottomless bank account.  She treated him like a king and funded his many business endeavors.  Now, insiders claim that his Ncredible studio could be shut down due to money problems – so he is trying to win her back.”

At this point, anything is possible in the neverending Nick Cannon and Mariah Carey saga.  One thing is for sure, Amber Rose doesn’t have the kind of cash lying around that Mariah Carey does.  So, if Cannon’s businesses really are going under – then it makes sense that he would want to reconnect with Mariah, maybe not necessarily for her bank account, but to avoid a messy and expensive divorce that could leave him virtually broke.  What do you think?  Is Nick Cannon shallow enough to get back together with Mariah just for the money?  Is Mariah clueless enough to take him back after the Amber Rose scandal?  Let us know what you think in the comments below!