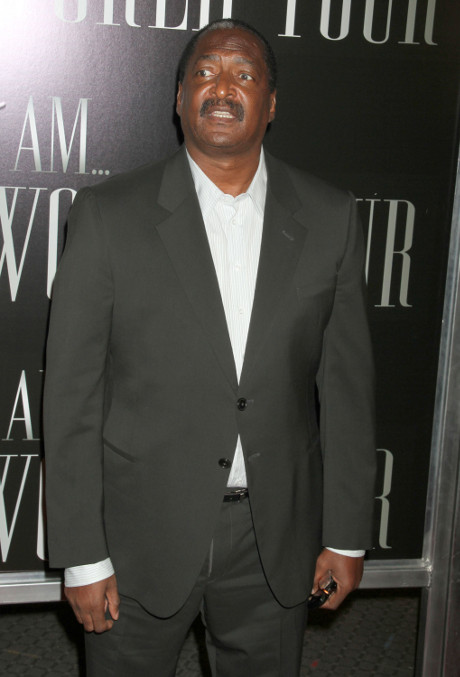 Matthew Knowles‘s love child, Nixon, and Nixon’s mother are about to be homeless. According to Alexsandra Wright, Matthew Knowles is a deadbeat father who pays meager child support. Because of this, she and her son are about to become homeless. But here’s where things get interesting. In all actuality, a judge ruled that, since Matthew is no longer his daughter’s manager, Matthew’s support payments have been reduced. Little Nixon has yet to meet either of his famous siblings Beyoncé or Solange.

On March 3rd, a judge ruled that because Mathew, 63, lost his gig as his superstar daughter’s manager in 2011, his child support payments should be retroactively reduced, from $12,000 to $2,400 per month.

This ruling means he won’t have to make another payment for almost two years. “I can’t imagine how Beyoncé feels knowing she has a homeless brother,” Alexsandra says. “I know if I were in the same position, I would reach out. Maybe she is too busy.”

This is such a mess. Every single adult in this situation needs to step up. Alexandra Wright needs to get a job first and foremost. Groupie entitlement isn’t a good look on anyone and treating your child like a meal ticket is just the lowest of the low. She’s received more money in child support in the few years since Nixon’s been born than many people will ever make in a lifetime.Where is that money? And what is Alexsandra doing to contribute to her own household? These celebrity seed chasers are allergic to W2s because once they have the child, they no longer have any aspirations or ambition of their own.

I’m more appalled at Matthew being a deadbeat father than I am at him not giving a woman thousands of dollars a month to spend on everything but the child. Nixon didn’t ask to be born into this mess and he shouldn’t be punished by being ignored by his family. No one held Matthew by gunpoint and forced him to have unprotected sex with this woman. That decision resulted in a child, a flesh and blood human with feelings. The same goes for Beyoncé. From now on, anything philanthropic she does will get major side eye.

I’m not saying Beyoncé has to support her baby brother financially, because that is the responsibility of his parents. But refusing to meet the little guy and behaving as if he doesn’t exist is a bullying tactic designed to ostracize Nixon’s mother and make her feel insignificant — but it will end up hurting the child in the process. Anyone who knowingly inflicts psychological pain on a child does not get a pass. Besides, Beyoncé is no mother Teresa. She’s a professional singer who dances suggestively onstage in a thong. She’s in no position to judge or belittle anyone. What do you guys think? Is Beyoncé being a witch that starts with a “B” for bullying a toddler? or does she have no responsibility to Nixon regardless of his blood relation? We really want to know!