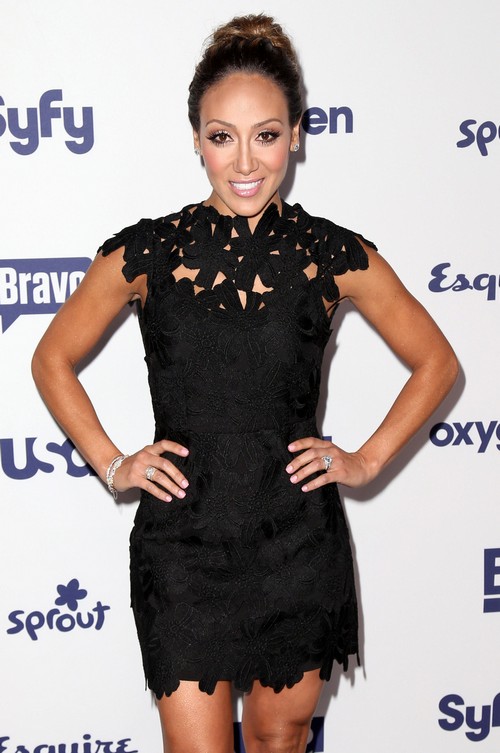 Another day, and another Real Housewives fight. Shocking, I know. This time, it’s Melissa Gorga and Dina Manzo of The Real Housewives of New Jersey duking it out for the title of #1 media famewhore, especially now that Teresa Giudice has lost her spot as Queen B.

Neither Melissa Gorga nor Dina Manzo have the best relationship with each other, and as usual, their fight this time began with Melissa questioning Dina’s relationship with her sister, Caroline Manzo, and her sister-in-law, Jacqueline Laurita. Don’t you get the sense that these housewives are just one or two protocols away from being dogs, pissing on their territory and barking at each other nonsensically over their property?

A source detailed the fight to Radar Online, explaining, “Manzo sniped that she wished someone would use glue and concrete to keep Laurita’s mouth shut. Jacqueline has a lot going on in her life, including dealing with her autistic son, and Melissa jumped to her defense.”

Oh, hi there Melissa Gorga! So nice of you to let us know your side of the story, which of course has her looking like a saint. Oh, poor Melissa Gorga, jumping to Jacqueline Laurita’s defense as the evil Dina Manzo insults her. It’s all quite textbook, as is stirring up gossip over your possible absence on the next season of the show.

So far, Dina Manzo has not confirmed her return to the next season of The Real Housewives of New Jersey, and at the rate she’s going, she might not even make it back. In fact as CDL reported Dina said on Twitter that she is quitting RHONJ as her soul can’t handle working with horrible people! As the source explains, “There is no love lost between Melissa and Dina. Melissa wants nothing to do with Dina, and questions anyone that can’t get along with Jacqueline.”

What do you guys think will happen? Will the Melissa Gorga/Dina Manzo feud end in more drama? Let us know your thoughts in the comments below.