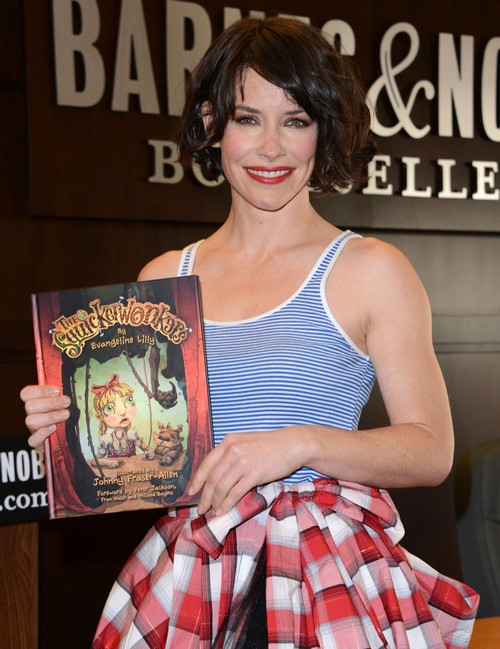 Michael Douglas and Evangeline Lilly have apparently been flirting on the set of Ant-Man, and this has reportedly made Catherine Zeta-Jones furious with jealousy. First of all, I want to know what magic spell Michael Douglas is using to be attractive to all these younger, much better looking women. The fact that he landed Catherine Zeta-Jones as a wife is still a shocker to me, and now, you’re telling me that Evangeline Lilly is flirting with him? Like, voluntarily? Yeah, there’s some kabookey involved.

Anyway, this report originates from the National Enquirer, whose ‘source’ claims that Evangeline Lilly and Michael Douglas have been ‘getting closer’ while filming Ant-Man. However, the source also adds, “While Michael knew Evangeline was untouchable because she has a boyfriend and is in a relationship, it didn’t stop him from lusting after her!”

Unfortunately, the fact that Michael and Evangeline haven’t done anything hasn’t stopped Catherine from throwing a hissy fit, apparently. The source explains, “Word got back to Catherine, who became jealous and furious. She read Michael the riot act! It plunged their troubled marriage into even deeper trouble.”

Well, Catherine and Michael did just sell their NYC house, and rumor is that they are finalizing their divorce proceedings. Can their marriage really get into ‘deeper trouble’ right now? They both seem to be going through the motions more than anything else, and I don’t think a little flirtation here and there is going to make a difference either way. They already separated once last year, and I’m still not sure why they got back together. It was likely a combination of comfort and fear, and they both also have health issues that have become far too public. They probably figured it’s better to stick together for now, even if both of them have lost any form of attraction to each other.