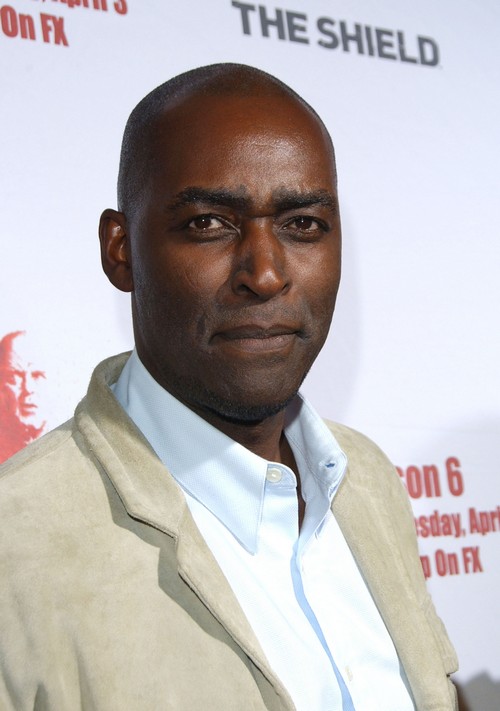 By now, everyone’s heard of Michael Jace shooting his wife, April Jace, in front of their two children. He called 911 and admitted to the crime, but everyone’s attention has now turned to what caused the brutal murder. Jace wasn’t that well known in the Hollywood community beyond his work on The Shield, but the murder of his wife has certainly catapulted him into the spotlight, albeit for all the wrong reasons.

There are several theories as to why Michael would murder his own wife, especially in front of his kids, and the prevailing explanation seems to be that he had major anger issues – and a history with domestic violence.

According to TMZ, Michael is a violent and abusive husband who used to choke his ex-wife in front of their kid. Imagine?! And this was before his money situation became dire, so who knows how much further the financial stress pushed him.

Based on the legal documents from his previous divorce, a friend of Jennifer Bitterman [Michael’s ex-wife] claimed that she witnessed Michael choking and pushing Jennifer up against a wall, even as their 6-month old son was in the same room. This friend was quoted as saying, “Seeing the extent of his anger was one of the most terrifying things I have ever seen.” And lest you think that this was a one-time incident, think again. According to the friend, this happened multiple times, until it culminated in a nasty divorce.

Because Michael flew relatively under the radar in his career, his private life was never brought into the spotlight, which is lucky for him but not so lucky for his murdered wife. Although he’s been booked Tuesday morning for April’s murder, he really should be castrated for the amount of harm he’s been causing women close to him for years now.

Honestly, if he was able to fly into such a rage and choke and push his own wife into a wall, I can’t even imagine what April must have been dealing with these past few years – especially as Michael’s financial situation became more dire. I’m guessing that if his anger was at such a point, his drinking and drug abuse was probably worse – and it’s not hard to deduce that his financial problems had something to do with that.

It’s very possible that he and April got into a fight about his reckless spending, and he probably lost control and killed her. And yet, she’s the one who’s dead and he’s the one who’ll end up spending his life in a comfy jail somewhere. Life does suck sometimes, no? In the end, there’s no way Michael’s getting away with murder, but he’ll make a plea deal and get a reduced sentence, whereas his children will be left without a mother.