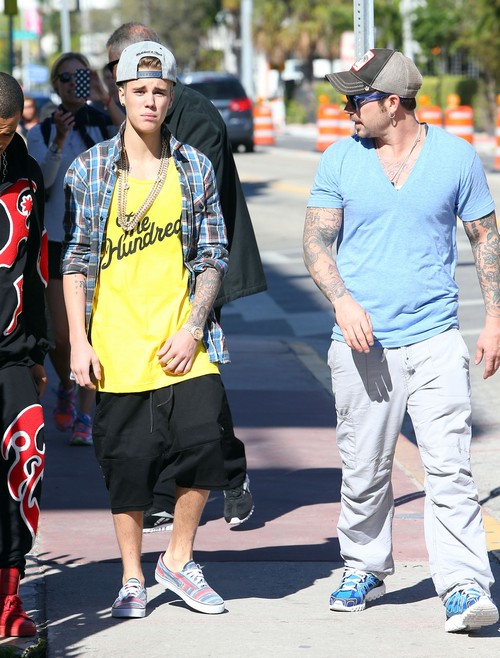 Well, I can’t imagine anything much more disgusting than the thought of a hook up between Miley Cyrus and Jeremy Bieber- that’s right folks, Justin Bieber’s dad. Supposedly a few weeks ago both of the Bieber’s rented a hotel suite in LA and Miley just so happened to be there partying. According to Sugarscape she and Jeremy ended up in a bedroom alone together for over and hour and something surely went down. Didn’t Miley once hook up with Justin too and that is part of why she and Selena Gomez hate each other? It does kind of sound like the chick has no standards.

Also I have to mention how not too long after the British gossip site posted this story good old Gossip Police came running out to shoot it down. You guys do get that while they claim to be policing the internet and shedding light on all of the inaccuracies what they are in fact doing is calling attention to the dirt and only then calling it false. This gives these scandalous stories more notice by spreading the gossip while pretending to be above it. Everyone remembers the rumors in this business and very few care about the denials.

So did Jeremy and Miley actually hook up? Who knows but I don’t doubt that he was hoping to bang her and Justin has been helping his father to bag chicks for years now so anything is possible. What do you guys think, did it happen? Would Miley draw the line at Jeremy or would she have been too wasted to even realize? Tell us your thoughts in the comments below!