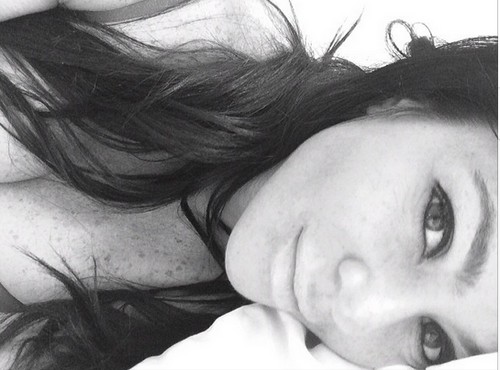 VH1’s popular reality TV show Mob Wives: New Blood was just renewed for a Season 5, and it is no surprise considering the show’s recent ratings. A lot of Mob Wives recent success can be contributed to the drama that newcomer Alicia DiMichele is bringing to the table.

Alicia DiMichele is currently awaiting sentencing for a crime she claims her husband Eddie “Tall Guy” Garofolo committed without her knowledge or involvement –  she continuously proclaims her innocence. Alicia may be innocent when it comes to the embezzlement charges she and Eddie are facing (that’s really up to the judge to decide), but she allegedly has done plenty of other dirt in her life.

Alicia DiMichele, as CDL exclusively reported first, recently announced on Mob Wives: New Blood that she plans to divorce her husband Eddie because after he went to prison she found out he had been unfaithful to her. What a hypocrite – as CDL exclusively reported, Alicia cheated on Eddie BEFORE she learned that he had been unfaithful! For additional irony, the thing is she is now openly dating a married man, Rob LaScala, and she seems perfectly okay with the fact that he is being unfaithful to his wife.

We spoke to a source close to DiMichele, and our exclusive source shed some light on her past. Apparently, this isn’t the first home Alicia has wrecked, and it probably won’t be her last. It turns out Alicia actually stole Eddie from another woman! Here’s what our exclusive source had to say about Eddie and Alicia’s relationship:

“Eddie Garofalo used to be engaged to a girl Rene, he was with her for 6 years. When he met Alicia, he was still with Rene and Alicia got pregnant and he left Rene and went to NJ to marry her. Never went back again, never even called. THIS is the kind of girl Alicia DiMichele is, a home wrecker. She knew Eddie was with someone else, knew Eddie was living with Rene. Rene is also from Atlantic City and knew Alicia and knew she was this type of girl. This is Alicia’s M.O. She did this with her first husband too, pregnant first married second.”

If Eddie cheated on his girlfriend of six years with Alicia, then how can she be so shocked that he eventually cheated on her? Once a cheater, always a cheater. It sounds like Alicia DiMichele got what she deserved! You can’t wreck a home, and then play the victim when someone comes along and wrecks yours – that is pure hypocrisy.