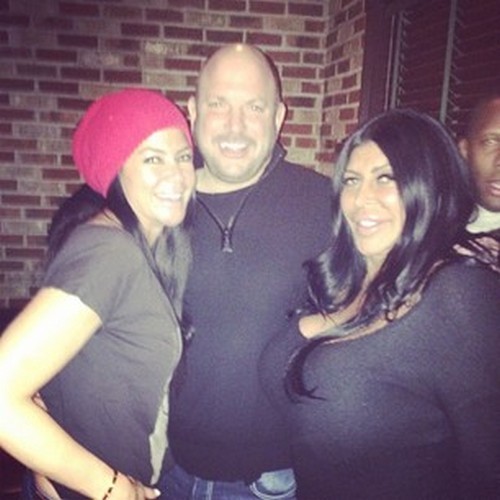 Last week on Mob Wives: New Blood viewers watched newcomer Alicia DiMichele break down in tears to her friend. She went on to say that all she wanted was a nice house and a happy and healthy family. She played the innocent victim card to the fullest and even said “why is this happening to me?” Hopefully you didn’t fall for her fake tears, we didn’t!

For those of you who aren’t familiar with Alicia’s sob story on Mob Wives: New Blood, she is currently awaiting sentencing for “cooking the books” and embezzling money from a trucking business that she and her husband Eddie Garafalo owned. After she was arrested and Eddie went to jail, Alicia found out that her husband had been unfaithful to her and cheated on her while they were married, and then someone in her circle leaked stories about her to the press. Poor Alicia!

The thing is, sources close to the Mob Wives star have confirmed to us that Alicia’s “woe is me” act is just that… an act. Alicia DiMichele is far from the innocent victim she portrays herself as on Mob Wives: New Blood.

A large portion of Alicia’s sob story on Mob Wives: New Blood revolves around how devastated she is that her hubby Eddie Garafalo cheated on her. What they never bother to show us on the reality show is that Alicia has a boyfriend! She’s not sitting at home eating Ben & Jerry’s and crying herself to sleep, she is out frolicking around with her boyfriend Rob LaScala. And, ready for the shocker? Rob LaScala is MARRIED. What kind of a woman hooks up with a married man, and then cries on television that her husband cheated on her? Why would she put another woman through the pain that she is supposedly feeling?

Rob LaScala – married boyfriend of Alicia on the far right 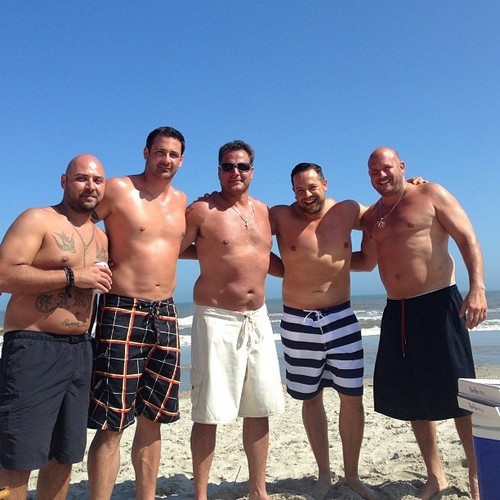 Alicia and Rob LaScala didn’t just hook up once or twice, the married restaurant owner is allegedly paying all of Alicia’s bills for her since her bank accounts were frozen. Our exclusive Mob Wives source has revealed that LaScala even gave Alicia an expensive bracelet as a token of their love, which she wears to cover up the tattoo of her husbands’ name! Here’s what our source had to say about Alicia’s new bling, “the last 4 weeks she’s wearing a new Cartier LOVE bracelet. It can be seen on her wrist on last weeks episode, right over her EDDIE tattoo. The Cartier Love bracelet has always been seen as a commitment oriented gift. Your lover is supposed to put it on your wrist which is attached with a screw and comes with a golden screw driver which your lover is supposed to hold. It locks in place forever.”

Do you think Alicia is just playing the innocent victim on Mob Wives: New Blood to help her court case, and sway the judge to give her a light sentence? And, how shocked are you that she is flaunting jewelry that another woman’s husband gave to her?! Let us know your thoughts in the comment section below.