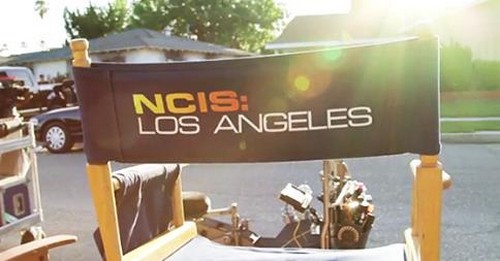 Tonight on CBS NCIS: Los Angeles premieres with an all new Monday September 29, season 1 premiere episode called, “Deep Trouble, Part II.” On tonight’s episode season 6 begins with Callen and Sam becoming trapped in an armed submarine that terrorists aim at an aircraft carrier in San Diego. Meanwhile, Hetty defies orders and forgoes a trip to Washington, D.C., to help locate Callen and Sam, and prevent the attack from being carried out.

On the last episode, in the season 5 finale, the suspicious death of a Navy submarine engineer brought NCIS to the case and along with DEA Agent Talia Del Campo. It turned out that a network of Colombian mafia, white supremacists and terrorists got themselves a submarine and loaded it with Ammonium nitrate. Meanwhile Hetty faced heat for the White Ghost incident. The episode ended with Callen and Sam trapped on board a submarine with two terrorists while the rest of the NCIS: Los Angeles team searched for their missing colleagues.

On tonight’s episode Callen and Sam are trapped in an armed submarine that terrorists have aimed to hit an aircraft carrier in San Diego. Meanwhile, Hetty defies orders and forgoes her trip to Washington, as the team tries to locate and save Callen and Sam and prevent the terrorist attack.

Sam and Callen are stuck on a submarine that’s not even equipped to make underwater excursions. Yet the terrorist group that believes the ship is part of their jihad – took it underwater anyways in order to sneak up on their location and kill hundreds (possibly thousands) of people.

The boys got on the ship because they thought they were stopping drugs that were about to be trafficked. Though they didn’t learn how wrong they were until after they got on the ship and by then it was much too late to warn the rest of their squad. Callen’s ear piece couldn’t work from their location and at best all he and Sam could hear from the team was that the Coast Guard was on their way.

So while the LAPD has warned the Coast Guard about the kidnapping of two of their own – no one is suspecting a bomb! Meaning Sam and Callen have to find a way to slow the ship down and if they can’t do that then stop the terrorist by any means necessary.

The guys worked to drain the sub of its power and soon the “captain” of the ship struck back by cutting off all power in Sam and Callen’s room. And, sadly, the power also controlled the guys’ air supply.

Hence the next part of the plan came about when they learned they had nothing to lose. They had figured out early on that the sub was heading to San Diego to meet with naval ship that was carrying a nuclear reactor. So if they were going to die anyhow – they wanted to be from sinking the sub before it could carry out its mission.

Meanwhile, above water, Kensi and Talia got into a physical altercation over Deeks. Talia though Kensi had a thing for him and so she confronted her. Told her if she didn’t make a move then eventually some other girl was going to swoop in right under her nose.

And that’s what caused a fight between two seemingly competent professionals. Then again they were still viewing the case as drug related. Once they realized the people they were going after were in fact buying up a whole lot of fertilizer – they naturally rearranged priorities. The ladies called their lead in and Beale was able to confirm their suspicions.

But there’s not a lot the team can do at this point. Hetty came back when she heard about the guys and even she’s doubtful about how this is all going to end. Beale had looked to her for guidance and she told him to pray. It seems that’s all they can do!

With the ship sinking, the terrorist chose to cut off their own air supply just to keep the mission going. And Callen had used the extra time slowing the ship down had afforded them to send out Morse code to the Navy. He warned them about the bomb so now the Navy has orders to destroy the ship on contact.

The guys’ friends want to save them from that, but what other choice is there? Allow the ship to carry on and kill even more people. Or sink the ship and merely kill five and three of which would have been suicide bombers. So Sam and Callen had to be sacrificed. There was no other way around it!

Plus Hetty ran out of favors she could use back in Washington!

Salvation came in the form of desperation. The ship has lost so much power, the bombers had to open up the guys’ hatch to see what little they could salvage. And in the end they were no match for two fully qualified shooters. Callen and Sam gained the upper hand and risked swimming their way to the top just to escape certain death at the hands of their own people.

And when the Navy dropped their missile – they had swam far enough to not be affected by the blast.

The return of Sam and Callen had set the team at ease. Even the ladies that were duking it out earlier became fast friends afterwards. So everything should be good and it isn’t. Hetty had defied orders when she turned back to help the guys and soon she’s going to have to answer for that!