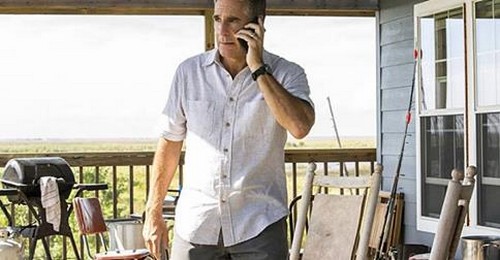 Tonight on CBS NCIS: New Orleans continues with an all new Tuesday November 18, season 1 episode 8 called, “Love Hurts.” On tonight’s episode a petty officer is found dead in a Mardi Gras float storage facility with an engagement ring and proposal plan in hand. The investigation takes a mysterious turn when the team are unable to locate his supposed long-term girlfriend.

On the last episode the NCIS team investigates the murder of a Navy Officer with the highest level top secret clearance who was recently assigned as a tech liaison with a private developer. Also, Pride transforms the carport into an auto shop as he works on the first car he ever gave his wife. Did you watch the last episode? If you missed it, we have a full and detailed recap right here for you.

On tonight’s episode as per the CBS synopsis, “the NCIS team investigates the murder of a Petty Officer found in a Mardi Gras float storage facility with an engagement ring and proposal plan in hand. However, the case takes a mysterious turn when the team is unable to locate his supposed long-term girlfriend.”

Petty Officer Jonathan Bell was found murdered in a Mardi Gras float storage facility. It sounds odd but there is a reason behind it. The Medical Examiner had found an engagement ring along with a written-out proposal plan on the victim. It seems like he was going to propose to his longtime girlfriend Maria Garcia and one of things they had in common was their love of Mardi Gras.

However Maria nor anything that appears to have come from her was found at the scene. So Pride needs to have a little chat with her. At best she could be a witness to a crime and at worst she could be the culprit they’re looking for.

From all appearances, Maria had gotten herself involved in an ugly love triangle. She was allegedly seeing Bell at the same time she was seeing someone named Abbott. And when Abbott found out about Bell (after Bell had change his relationship status), Abbott had started to threaten the other man over the internet.

And while his threats weren’t exactly that dangerous, Pride and his men were still able to attain a search warrant for Abbott’s home. But here’s the surprising thing. They had found a weapon there that was used on the victim yet wasn’t what killed him. Apparently there were two shooters at the storage facility. One person killed Bell and Abbott simply shot him after he was already dead.

Abbott confessed to the crime readily enough but in doing that he alerted the NCIS team to the fact he was covering up a crime for someone else. Which is why Pride started to look at Maria. She had closed her Instagram account and no one could find her.

Then, after she had turned on her cell, they were able to find Maria. Though she ended being more of a man than the goddess Abbott seems to think he was. Maria’s real name was Marco. He was part of a simple game of catfish. Marco had explicitly targeted Bell with “Maria” and Abbott had merely found his fake profile and began stalking him.

But then the team wanted to know why Marc went after Bell. They looked into him and notice that he used to be part of anti-government organization.

Marco and Marco’s former friends used to try and hack top military files. So Marco’s “game” didn’t look so innocent anymore once they learned more about him. Yet the team never got a chance to have a second go at Marco. Someone had killed him, using the same gun they had on Bell, before he could talk.
Though they did find out what he had been doing. Marco had been looking for personal information about Bell. Bell worked directly under the admiral and so he was privy to vital information. By collecting data on him, it wouldn’t be long before Marco was able to decipher all of Bell’s passwords.

Bell had known about a top secret lunch the admiral was going to have with several South American officials. The dinner was supposed to be the first step in stemming all of the drugs that’s been coming into the states. And, well, didn’t really what that to happen.

So they hired an assassin who then hired Marco to get what she needed. And once she got her hands on the location of the secret lunch – the assassin was going to plant a bomb that was going to kill everyone that attended the meeting.

Thankfully all of her hard work was for nothing. NCIS cleared out the restaurant prior to the bomb going off and the assassin was taken into custody alive. Subsequently, her being alive means she can now provide proof the cartel was planning an act of terror on US soil.

But the ordeal took a toll on LaSalle. He had nearly lost a friend in the blast and the whole thing made him think about his brother. The two of them haven’t seen each other in a while and LaSalle now wants to change that.