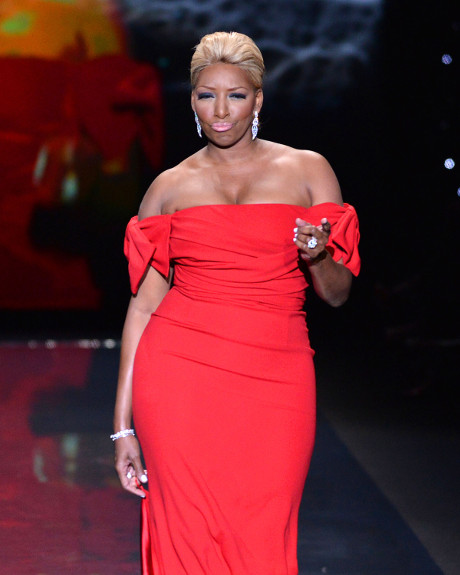 According to a new report from Media Take Out, NeNe Leakes is threatening to quit Real Housewives of Atlanta next season if Kenya Moore isn’t fired. NeNe’s feud with Kenya has been all over the news recently, and things have become more fraught with complications as this past season has continued. According to the report, “NeNe has given Bravo word that she DOES NOT want to return for next season… unless Kenya Moore is fired. NeNe has basically given Bravo an ultimatum — fire Kenya, or she QUITS. And NeNe is serious about it too.”

Considering that NeNe is the biggest name on Real Housewives, I can see Bravo panicking over this situation. However, keep in mind that this report originates from Media Take Out, which is notorious for just making up things on the spot. But, even that being said, it’s not unreasonable to assume that NeNe could have given the network such an ultimatum.

Really, if it comes down to NeNe Leakes and Kenya Moore, the network brass will go with NeNe. She’s the bigger drama queen, and she’s the one who generates most of their ratings and publicity. Sure, it’s not exactly good publicity, but there’s no such things as ‘bad’ publicity when it comes to reality shows — especially the Real Housewives franchise. But, then again, keeping Kenya around is probably significantly cheaper than keeping NeNe around, so the network will also have to consider that. All things equal, it’s probably more beneficial for them to keep NeNe around, at least in the short run.

What do you guys think? Will NeNe really leave the show if Kenya doesn’t get fired? Let us know your thoughts in the comments.