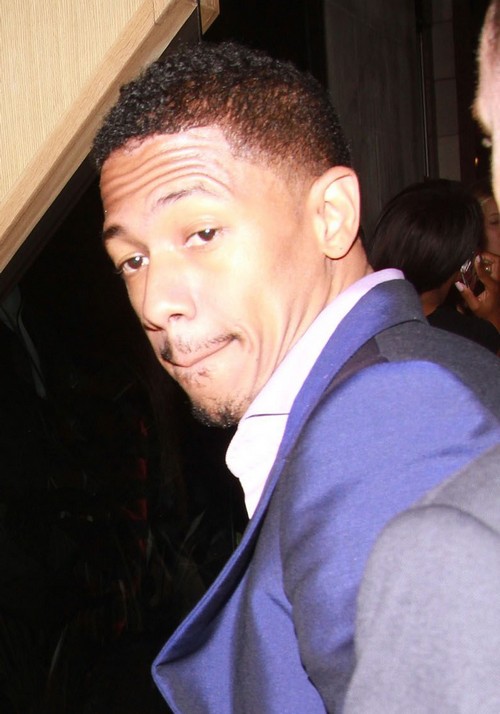 But, it looks like Amber wasn’t telling the whole truth, or any truth for the matter. Nick Cannon and Amber Rose were both spotted and photographed at DSTRKT Nightclub in London, England on August 10th. It’s a pretty huge “coincidence” that both Amber and Nick just happened to be halfway across the world on the same night, in the same city, and in the same nightclub. In the paparazzi’s snaps of Nick, his face looks like that of a kid who just got caught with his hand in the cookie jar. On the bright side, now Kim Kardashian can stop losing sleep at night and wondering if Amber Rose is going to steal her hubby Kanye back.

So, do you think that Amber and Nick Cannon are hooking up? Why else would they be creeping around a London nightclub together? On a scale of 1-10 how crazy is Mariah going to go when she sees the pictures of Nick and his new girlfriend? Let us know what you think in the comments below!

Nick Cannon and Amber seen arriving at DSTRKT night club for a night out in London, England on October 10, 2014, FameFlynet