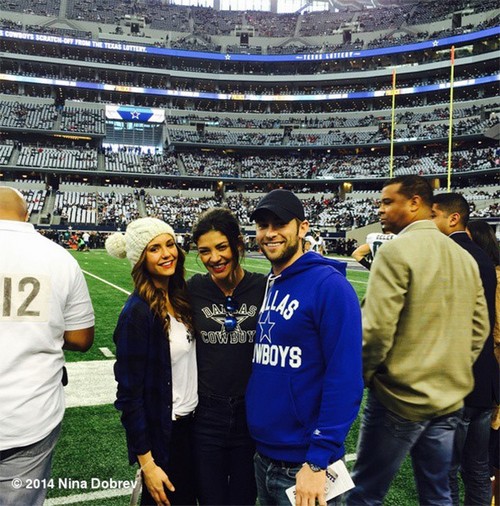 Is Nina Dobrev dating Chace Crawford or Mark Foster of Foster The People? There are rumors flying that she is dating Mark Foster in secret and is only friends with Chace, but stranger things have happened in La La Land. Since Nina split with Ian Somerhalder she hasn’t had a steady boyfriend, at least officially, unless you count Derek Hough – which we don’t.

Sources close to the situation have revealed that despite her “taken” status, Nina spent Thanksgiving with Chace. Is there a romance in the works? Perhaps she is really just trying to play the field since splitting from her long time Vampire Diaries love Ian Somerhalder? Could you really blame her if that were the case? She is allowed to play the field, right?

Besides all of that, Chace is known for using the names of high profile women in order to further his own celebrity status. Even Carrie Underwood said back in 2012 that Chace only dated her for the publicity.

Even more recently, Chace was attached to Michelle Rodriguez. He was reportedly using her for the free vacation that he took on her dime. We can’t help but to think that maybe Nina is the one using him this time. Maybe she is using him as a means in order to make Ian jealous? It could happen! She could also be using Chace to hide her relationship with Mark Foster….

Ian has been busy schmoozing it up with his currently girlfriend Nikki Reed, but perhaps pangs of jealousy are hitting Ian when he sees pictures of his ex-girlfriend smiling and looking all happy with another man? She’s probably leaking this stuff to the media so that she will get to him in one way or another.

Can you really blame her? Ian is hot and things got pretty serious between him and Nikki Reed rather on the fast track. Their romance was stepped up so quickly that I was even wondering if they were sexing things up together while he was still with Nina Dobrev? It’s certainly not out of the realm of possibility! What say you?