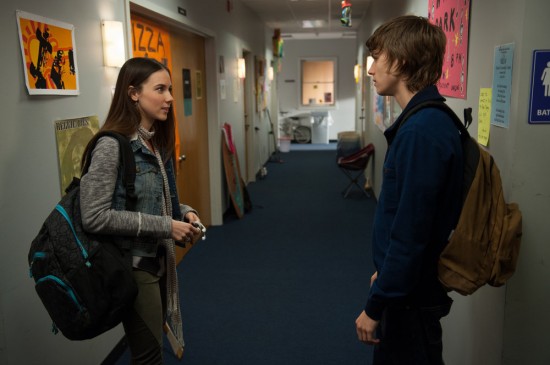 Tonight, the hit show Parenthood airs on NBC with its 14th episode of season 5. The episode is titled “The Enchanting Mr. Knight” and on the show tonight Kristina has a checkup and begins a new adventure; Amber persuades Drew to leave his past behind while Julia struggles to move on; Sarah gets an attractive offer; and Hank realizes that he still carries a torch for a former lover.  If you missed last episode, CLICK HERE for a full recap.

It’s time to move on. At least that’s the story a couple of people have been trying to sell. For instance, Amber thinks Drew should go out and do something to help him forget his ex. When Drew is actually quite comfortable staying in his dorm and listening to music. It’s Amber that needs the distraction and for all their sakes she better home her distraction doesn’t turn out to be Drew’s roommate.

As for Julia she has to deal with Ed. She thought she had written him off when apparently he seems thinks now has a chance with her seeing as she and Joel separated. She corrects his mistake right away but they still have to work with each other on their kids go green project.

So he also happened to be around to catch her at her lowest.  Julia and Joel had set up a system on who gets the kids when. Yet Sydney hates going over to stay at her dad’s and she knows how to manipulate her mother. She threw a tantrum in front of everyone at school. This isn’t the first time that Sydney had done this but her dad was usually the one that had to deal with it. While Julia isn’t as handy as he is – she cave to Sydney’s demands.

And Joel got angry at her for it. He told her she had to stick to the schedule because the therapist said it was best for their kids. Now feeling like that parent that can’t handle her own kid, she was throwing a pity party at the house when Ed showed up. He wanted to reassure that things get easier with it. It was nice sentiment; wrong person. Julia didn’t want any sympathy from him. Not when it’s easier to blame him for ruining her marriage.

He told her to take responsibility for herself and Camille ended up saying thing to Crosby. Her adult son is living under her roof and coming home during lunch time to eat her food but he feels like he should be the one to tell her she’s acting selfish. Well, maybe she is and after devoting most of her adult lie to a husband and four children she feels like she deserves it.

Crosby had felt like she was pushing Zeek to sell that house from out from under everyone and yet not once did he think from his mother’s perspective. He just thought it wise to throw around selfish even though his wife warned not to say anything.

Later the couple overhears Zeek and Camille fighting through the vents and Crosby realized it was one of those really bad ones. Which means it was time to pack up the kids and leave. Because he couldn’t stick around after causing a huge row between his parents.

That’s why children shouldn’t get involved in parents’ affair. It’s the other way around for a reason. That’s why Kristina and Adam are thinking about opening a charter school. Their son hasn’t be fitting in at school and although things have gotten easier with a new teacher it doesn’t change the fact that Max isn’t getting the education he needs.

But before they start a charter school Kristina had to wait for latest test results. She had to go in to see if there were signs of the cancer coming back. And good news came back to them – Kristina is in the clear. There weren’t any abnormalities in her last batch of tests so it seems the cancer is gone and not coming back.

With a clean bill of health the couple chose to visit Max’s new teacher the one that had warned them about charter schools. The Bravermans wanted to tell him that they weren’t starting a school simply for the benefit of Max. And the reason they were telling all of this because they wanted to reach a lot of students and they wanted his help in doing so. They think he’ll be the best man to run the school.

Amber thought she was ready to move and she wasn’t. She convinced Drew to go to a frat party and he in turned tried to invite Natalie. Natalie wasn’t feeling into being his friend at the moment and when she did she show up; she didn’t want to be his hookup either. So what does Natalie want? Cause she can’t keep playing at being interested.

Sarah needs to figure what she wants as well. She nearly pushed back her deadline for the ad she and Hank have been slaving over for weeks.  Sarah was close to doing because yet again she was putting a guy first. Hank had to remind her that no romantic to Africa was going to help her professionally. So she turned down Carl’s offer and chose to finish by her real deadline.

Syndey was acting up again at school and this time Ed rescued Julia. She was so appreciative that she went over to his house with a home cooked meal that they both thought would better enjoyed by two people instead of one.