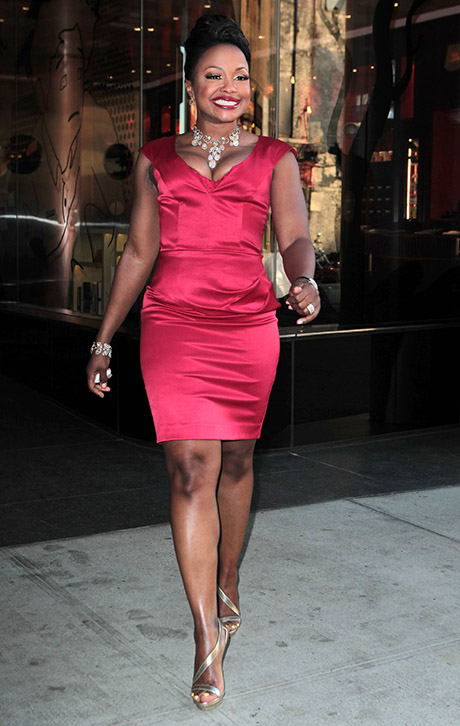 Do you think that Phaedra took this moment as a PR opportunity? We’d love to hear your thoughts on this issue in the comments section below.

While it’s more than likely that Phaedra was looking to steal a bit of the spotlight, this was also an opportunity for Phaedra to ask dear friend Kandi for help with her life dramas, all while partying it up like only Real Housewives can!

The night proved to be a wild one, where risqué adult games took the center stage and an abundance of female strippers partied throughout the rooms. Bundled with Kandi’s propensity to “let it all hang out” and the craziness that is Phaedra Parks, this bachelorette party was one definitely to be remembered.

Do you think that Phaedra was really there to support Kandi, or was she there merely to soak in some of that spotlight, which was originally meant for the star of the night, Kandi? We want to hear from you!