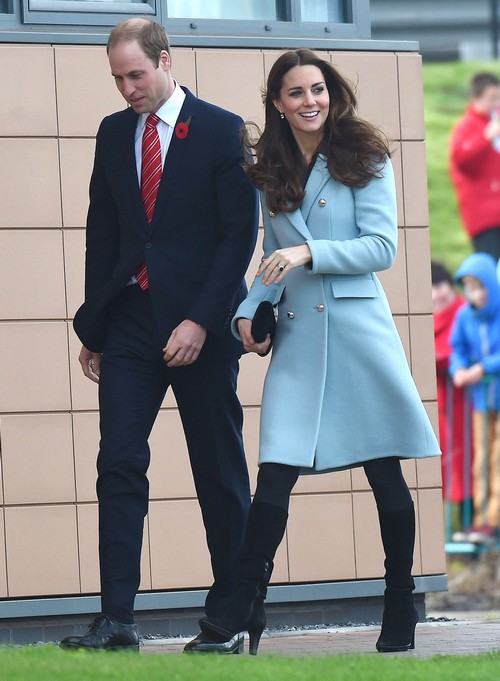 Weeks after CDL first reported that Kate Middleton would be giving birth to a baby girl, Life & Style Magazine uploaded their cover issue reporting the same. Kate and Will would have gotten the news of their unborn baby’s gender a few weeks ago, when they went to visit the doctor towards the end of Kate’s first trimester following a DNA test. Kate’s friends confirmed the good news that Prince George will be having a sister. Granted, Kate Middleton was pretty much house-ridden for the past few months, but she and Prince William did make a few undercover trips to visit their doctor and get some fresh air. Of course, this all happened before the Kate Middleton and Prince William fighting rumors began, so who knows how far their relationship has deteriorated since then.

Right now, Kate and Will are both embarking on their country-wide tour of ‘We’re still together’, but everyone’s going to forget about that once baby girl Cambridge makes her appearance. As much as everyone loves Prince George, imagine the public’s adoration of another addition to the family? By their own, Prince William and Kate Middleton are dreadfully boring, and prove that just because someone’s royal, it does not make them interesting. They are literally living proof of that, even if they keep fighting and arguing and living separately.

Anyway, Kate Middleton’s due date for her daughter is reportedly in April, which means that we still have a while to go before she gives birth. Until then, let the royal baby name rumors commence. What do you guys think the royals will name her? Diana? Margaret? Camilla [ugh]? Let us know your thoughts in the comments below.