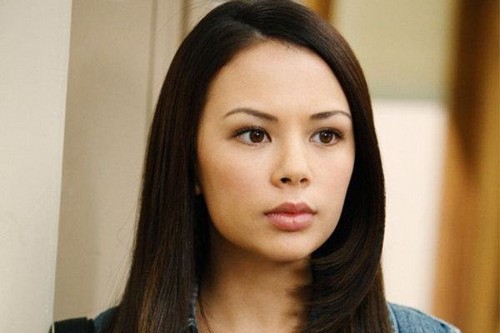 The Pretty Little Liars summer finale, Season 5 Episode 12 “Take This One To The Grave,” is set to air on ABC Family on Tuesday August 26. Pretty Little Liars spoilers for the highly anticipated finale tease that one of our favorite liars might not survive to see Season 5B. According to PLL’s Season Episode 12 spoiler video, “Someone will die in the biggest twist yet.”

So, aside from the typical Pretty Little Liars finale drama, there will be a death as well. The obvious question on every PLL fan’s mind is…which character will be killed? A spoiler video for the finale features Detective Holbrooke standing over what appears to be a crime scene and explaining that the amount of blood means that the wound was fatal.

However, we have no idea who the victim is, and it sounds like Holbrooke doesn’t either. The fact that there is a crime scene full of blood but no body begs the question…is the death staged? A popular Pretty Little Liar theory is that Alison might fake her own death again since her friends have turned on her and the police are closing in on her. Considering Alison’s track record, it makes sense that she wants to fake her own death and disappear again.

Pretty Little Liars has already been renewed for Season 6 and Season 7, so the odds of them killing off one of the main characters Emily, Spencer, Hanna, or Aria are slim to none. But, that doesn’t rule out their significant others: Caleb, Toby, Paige, or Ezra. Caleb recently has been having some serious issues dealing with what happened to him in Ravenswood, and at the end of Episode 11 there were fireflies in Caleb’s yard, as well as someone spying on him through his window. There is a chance that someone, or something, followed him home from Ravenswood and he could be in serious danger.

Another possibility is that Mona Vanderwaal is killed off during the season finale. PLL spoilers have revealed that Mona’s mom is finally introduced in the summer finale. We are halfway through the fifth season and have never met Mona’s mom; the fact that she is finally appearing could be a clue that something serious happens to Mona. In the spoiler video for the Pretty Little Liars finale, Mona makes a phone call and says it is “Code A,” she could have finally figured out Alison is “A” and Alison might kill her to keep her quiet. Or…Mona could borrow a page out of Alison’s playbook and fake her own death.

What do you think, PLL fans? Which character will be killed off in the summer finale? Is it Mona, Caleb, or someone else? Share your theories in the comments below and don’t forget to check CDL for all of your PLL spoilers and recaps.

Update: Well the possibility of Mona being killed off cam true – Spencer is arrested during the summer finale as well. Check out all the details of the Season 5 Summer Finale episode with our detailed recap right here!